WILLIAM PARSONS
Trimmer
R.M.S “Royal Edward”
Died Friday 13th August 1915 when ship torpedoed
Aged 26
His memorial is on
THE TOWER HILL MEMORIAL, LONDON.
Under the name of the ship.
Son of Elihu and Jane Parsons of Peartree Cottage, Stalbridge Weston.

Personal details:
Born on 6th February 1889 in Stalbridge Weston. His father was a tailor. He had older brothers James, Edward, Frank and George younger brothers Tom, Richard and Jack, older sister Jessie and younger sister May. Frank George Richard and Jack all served in the Army (mostly in the Grenadier Guards) during the war and survived. His younger brother Tom died when a prisoner-of-war in 1918. His brother Jack, who was wounded in France in July 1917, was the father of Danny Hine of Grosvenor Road, Stalbridge.
Military details:
The "Royal Edward" was an 11,000-ton passenger ship of the Royal Line, registered in Bristol, with a speed of 19 knots. Before the war she was engaged in the Canadian service between Avonmouth and Montreal. Requisitioned as a troopship, she sailed from Avonmouth on 28th July with troops bound for Gallipoli (mainly reinforcements for 29 Division Royal Army Medical Corps.). She sailed from Alexandria with a crew of 220, 31 officers, and 1335 men bound for Mudras. The German submarine UB14 (127 tons), fresh from a successful sinking of the Italian armoured cruiser "Amalfi", sighted the unescorted "Royal Edward" near the island of Kos on 13th August, fired one torpedo, and hit the stem of the ship which sank in six minutes. Official reports at the time stated that 132 men were lost, but in reality the Lloyds casualty list suggests that of the 1586 on board fewer than 500 were rescued. The "Royal Edward" was the first troopship to be sunk by submarine in the war. 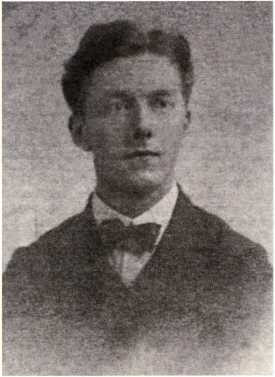