Personal details:
Born in Kent, he was baptized as William Marwood Elsworth Lanning at Hazelbury Bryan on 13th June 1886, the son of Elizabeth Lanning of Locketts Farm. He married Susan Ellen (Nellie) Brown at St. Augustine, Fulham on 27th December 1909. Nellie was the younger sister of Stanley Brown, who served in the Essex Regiment and died in Italy in December 1918. William’s official number for the Dorsetshire Regiment is very close to that of William Ashford, which indicates he may have enlisted on about 30th December 1914 at Sturminster Newton, and would probably have been assigned to the 3rd Battalion. Nellie died in Stalbridge on 6th November 1918.
Military details:
The 3rd Battalion was set up as a reserve battalion based in Wyke to send reinforcements to the front, not only to the Dorsets but also to other regiments in urgent need of reinforcement. One large batch left Wyke for France on 12th May 1915 and this ties in perfectly with the details on his medal card. Whether he then joined the 1st Battalion that had just suffered very heavily in the Second Battle of Ypres, or went direct to the Leinster Regiment, is not known. The 2nd Battalion Leinster Regiment joined 47 Brigade in 16 (Irish) Division on 2nd February 1918, just in time to meet the fierce German offensive Operation Michael that started on 21st March. As the Germans advanced the Division was in action in a series of battles, first at Rosieres (26th-27th March), and finally at Ancre on 5th April. In that period the Division lost over 7,000 men and had to be taken out of the order of battle to be rebuilt. The precise circumstances of William's death during the battle of Rosieres are not known. 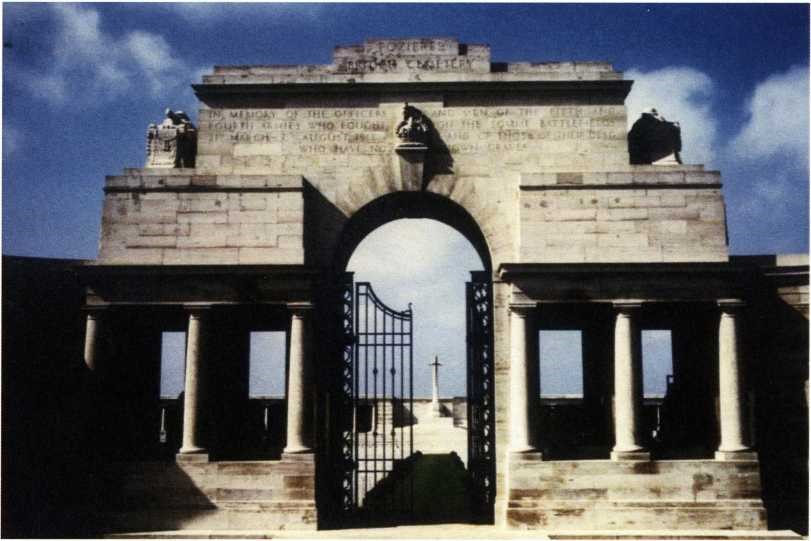 His name is on Panel 78, Pozieres Memorial
Back to Index