Personal details:
Born on 16th December 1890 in Stalbridge Weston. His father was a tailor. He had older brothers James, Edward, Frank, George and William, younger brothers Richard and Jack, older sister Jessie and younger sister May. Frank, George, Richard and Jack all served in the Army (mostly in the Grenadier Guards) during the war and survived. William became a merchant seaman and died when RMS Royal Edward was torpedoed in August 1915. His brother Jack, who was wounded in France in July 1917, was the father of Danny Hine of Grosvenor Road, Stalbridge. Tom enlisted at Sturminster Newton in the Dorsetshire Regiment. As he was not awarded the 1914-15 Star he did not see service in a theatre of war before 1916, so it is quite possible that his transfer to the Hampshires occurred when they were at Portland in 1916.
Military details:
The 1st Battalion Hampshire Regiment was formed at Colchester in August 1914 and landed at Le Havre on 23rd August as part of 11 Brigade in 4 Infantry Division, which remained in France throughout the war, except for a period in 1916 when it was based at Verne Citadel Portland.
In 1917 the Brigade was once again involved on the Somme, in phases of the 3rd battle of Ypres, including Passchendaele from June to November. This success was followed by a strong German counter-offensive, Operation Michael, from 2nd March to 5th April 1918, when they took as many as 50,000 allied prisoners in the first week alone. It is quite likely that Tom was one of these. His death so soon after being taken prisoner probably indicates that he was already wounded. 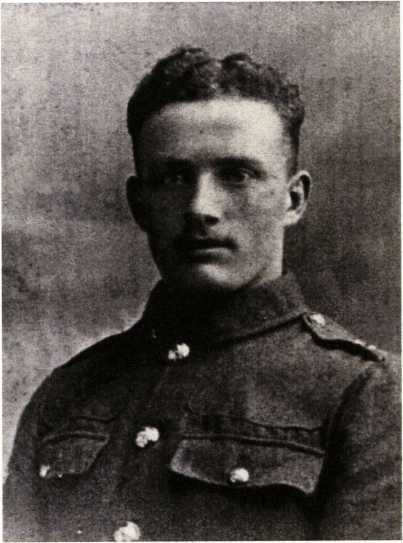 Niederzwerhen Cemetery and Tom Parson's grave
Back to Index