Personal details:
Born in 1890 and baptised Stanley John at St Mary's Church on 5th October 1890. He had two older brothers George (Thomas) and Harold, one younger brother Royce (Frank) and a younger sister Susan. They probably lived in a cottage by Halletts Farm. He attended Stalbridge School until he was thirteen and then became a farm labourer with his father and younger brother. His brothers Harold and Royce both served with the Dorsetshire Regiment and survived the war. His sister Susan Ellen (Nellie) married William Lanning, who was killed in Flanders in March 1918. Stanley originally enlisted at Mamhull in the Dorsetshire Regiment with official number 1732, and this was changed to 200282 in March 1917
Military details:
Stanley initially joined the 2/4th Battalion of the Dorsetshire Regiment which sailed for service in India in December 1914. It left Bombay for Egypt, landing at Suez on 29th August 1917. It was disbanded in August 1918 and its men dispersed to other units. Throughout 1918 l/6th Essex were fighting in Palestine as part of 161 Brigade and many men went down with malaria and sandfly fever. By August the casualties were so severe that in the transport section “each man had to look after 4 mules apiece, and a squad of twenty newly joined men was received with great pleasure”. From a reference in a Commonwealth War Graves Commission document it seems quite likely that Stanley Brown was one of these. The battalion was near Beirut when the Turks signed an armistice on 31 October, by which time malaria and pneumonia had set in so badly that the hospitals in Beirut were full to overflowing with fresh cases being left in the courtyards. Many of those casualties were evacuated to a hospital in Taranto where sadly it seems that Stanley Brown was one of many who did not respond to treatment, and died there.
His name is also recorded on the 6th Battalion Plaque and Window at All Saints Church West Ham. West Ham was the peacetime HQ of the Battalion. 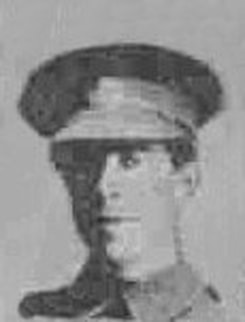