Personal details:
Arthur Reginald Gordon Scott was born in 1918, possibly just before the death of his father (a Private in 6th Battalion Wiltshire Regiment) on 1st November in Flanders that year. He had an elder brother Sidney, whose widow Phyllis lived in the Old Rectory, Stalbridge. Arthur was not married. The family originally lived in Dewlish, and then moved to Lydlinch. Bessie later married William Brown and by him had a son Roy he married Rosamunde E Hine, their daughters Janet (Bastable), Helen (Gawler) and Leonora (Jackson), all of whom live in this area.
Military details:
22 Fortress Company, Royal Engineers became part of the Hong Kong Garrison on 3rd September 1939. Arthur was there when the Japanese invaded on 8th December 1941, and was probably taken prisoner during the subsequent surrender of the Garrison there on 25th December 1941. On 27th September 1942, 1816 Prisoners of War were packed into three holds in the Japanese 7000-ton freighter the SS “Lisbon Mam”, bound for Japan where they would be used as forced labour. At daylight on 1st October 1942 when 120 miles from Shanghai the ship was hit by a torpedo from the American Submarine USS Grouper. It remained afloat but progressively listing. 778 Japanese troops on board were soon transferred to a Japanese destroyer, and then the panicking Japanese guards battened down the hatches to the hold. By 2nd October, 24 hours after the torpedo struck, conditions in the holds had become intolerable and the prisoners started to break out. Many of the prisoners escaped, some were shot by the few guards that remained on board, and others began to swim to safety to a nearby island, but it seems that Arthur died during the attempt. There were only 724 survivors of this harrowing episode in the war. 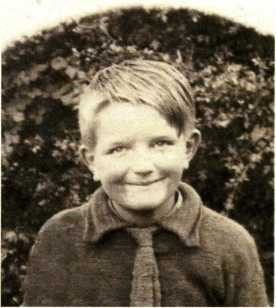