Personal details:
Born 8th February 1923, and christened Reginald Platts Gomersall Allen on 1st April, Reggie had a younger sister Lucy and an older brother Richard, whose son Anthony now lives in Waterlake. Together with his best friend Bert Dean, he joined the Home Guard in 1941 and then the RAF Volunteer Reserve on 4th April 1942. Bert Dean was also killed on active service in August 1944.
Military details:
After initial training as an engineer he also completed an Air Gunners course in December 1943. He was sent to join 204 Squadron at RAF Jui in Sierra Leone on 28th June 1943. From his letters, it seems that there was no flying at all for his first fifteen days there. Then on 13th July, he became the Flight Engineer (Engines) and an Air Gunner on Sunderland Flying Boat Mark 111, Number DV-991 for his first operational sortie. The aircraft took off from RAF Bathurst, Gambia at 0925. According to an Australian report, the take off run was long and this took the aircraft into rough water. After the last bounce the aircraft was observed to be in an attitude with the nose 45 degrees above the horizontal. The aircraft then stalled with nose and wing down, crashed into the water and broke up. The aircraft sank in a matter of seconds, and immediately it was submerged there was a very heavy explosion, presumed to be the depth charges exploding, followed by fire on the water. All on board the aircraft were killed. Of the 9-man crew, 7 bodies were recovered, including Reggie Allen.
He was buried side by side with the rest of the crew at 1730 on 14th July. This was followed by a Memorial Service at RAF Jui two days later. 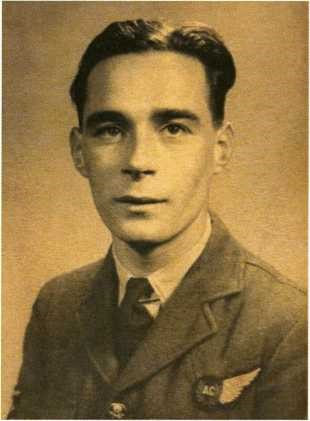 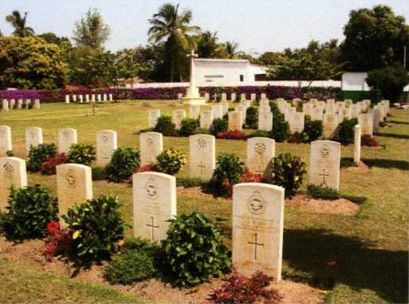