Lot 102 was a detached stone built cottage, located at the right hand side of the junction of Pile Lane, with an attached orchard extending to over 3 acres. At the time of the1918 sale, the cottage was let on a quarterly tenancy to a Mr. Gawler and the orchard to a Mr. Isacc Broadway the tenant of Manor Farm, who purchased the cottage and orchard at the sale.
Lot 103, dating from the 18th Century, Manor Cottage, formerly a pair of farm workers cottages attached to Manor Farm, was purchased by the sitting tenant, Mr. Isaac Broadway,
In the 1930s, Eddie and Annie Bond lived in the right hand cottage. Eddie worked as the pig man for the Manor Farm piggery located at Thorn House. Dick Mills who worked as the carter at Manor Farm lived in the cottage on the left. Inwood Estate purchased the cottages from Mr. Claude Broadway, along with Manor Farm, in 1939.
Lot 107, a pair of cottages let to Mr. E Parsons and Mrs. Durrant, were sold to Mr. Robert Francis for a sum of £230-00d.
Lot 113, at Turks Water, a pair of cottages fronting Caundle Lane, sold to Mr Ricketts, who also purchased Sturt Farm, for a sum of £460-00d.
Lot 108, Brickyard Cottages, with gardens extending to one acre and a reserve price of 200-00p, were purchased by Mr Samuel Rice, a farmer from Stourton Caundle, for £500-00p. The cottages were located just within the Stalbridge parish boundary, which was the boundary between Stalbridge and Stourhead estates, since realigned, transferring the cottages into Stourton Caundle. During the 2nd World War a line of bombs was dropped in the field at the rear of the cottages with the last one dropping down a well, resulting in some structural damage but no injuries.
​ 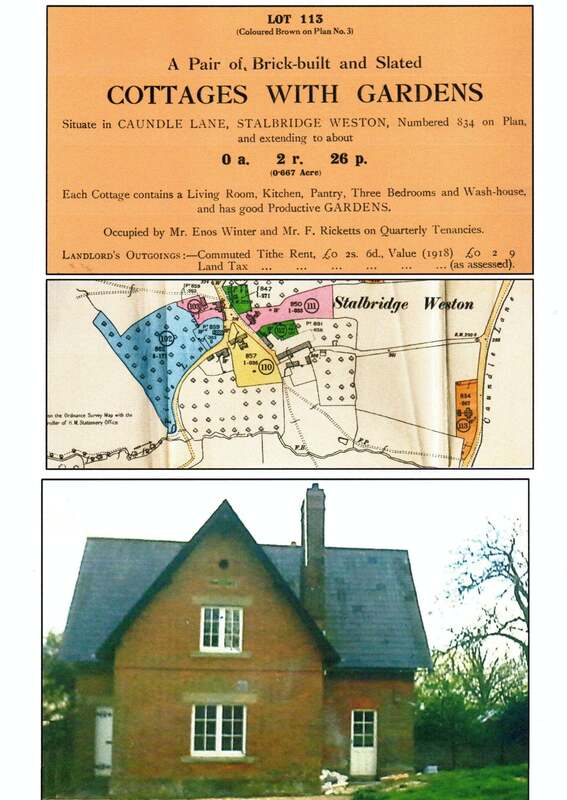 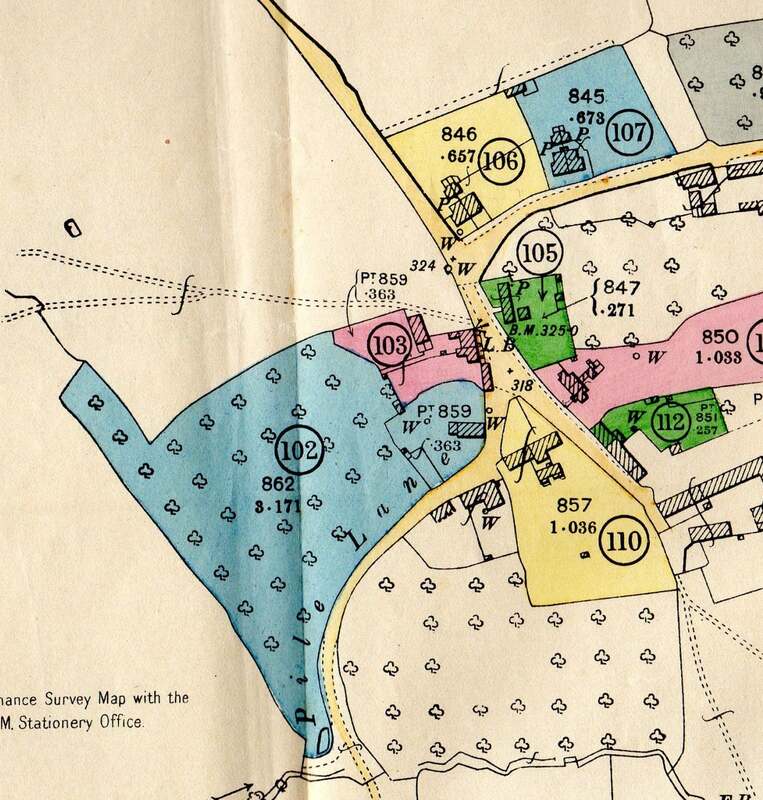