The licensees, of the 4 public houses in Stalbridge, at the time of the 1918 auction sale, had already been in residence for some years. All 4 were included in the 1918 sale along with the New Inn at Stalbridge Weston.
Chas Meader records in his memoirs, written in the 1930s, that in the 1850s, along with 2 breweries, located at the bottom of Church Hill and in Gold Street, there were 14 public houses in Stalbridge.
The former Red Lion Hotel had 8 bedrooms, a bar, clubroom and commercial room, along with an adjoining cottage, along with 3 acres of land, stabling and outbuildings. The carriageway arch provided access to the stabling and the field at the rear of the hotel. The army used this field during World War Two, erecting Nissan huts, latrines, a cookhouse and incinerator. Widower, Fred Wilson Wright, is listed as the licensee in the 1911 census, assisted by his son Percy, born in 1893. His widowed mother Sarah (nee Collier), born in 1834 at Swanage, is also in residence. His father, Robert, born 1819 in Northampton, had passed away in 1898 and is interned in Stalbridge churchyard. On his retirement, from the Inland Revenue, Robert and Sarah had been the proprietors of a hotel in Studland for over 20 years, before moving to Stalbridge.
Robert and Sarah had married in 1859. They had five children, Fred born 1863, Ada 1864, Clara, 1870, Charlotte 1872, and Robert Wilson Jnr, born 1884. Sarah passed away in 1920.
The Red Lion Hotel, and attached land, which failed to meet the reserve price of £900.00d, is listed in the sales ledger as being sold to a Mr. R Young for 750.00d. William Rolls is listed as the tenant in 1918. He had married Marcia, at Exeter in 1905, and is listed in the 1911 census as the Innkeeper and Blacksmith at Redlynch, Salisbury, before moving to Stalbridge in 1914. Their fourth child, Henry, was baptised in Stalbridge church in the February of 1915. The following year William enlisted in the Army Reserve on the 10th December, with the Army Service Corps, aged 32. He was mobilized on the 23rd April 1917, arriving in France on the 23rd June, then transferring to Egypt on the 1st July, serving as a lorry driver with the Mechanical Transport Division. William was de-mobbed on the 24th October 1919, having served overseas for over two years, leaving his wife Marcia to run the Red Lion Hotel.  The couple moved to the White Hart Inn at Longham, near Hampreston, in 1920.
​ 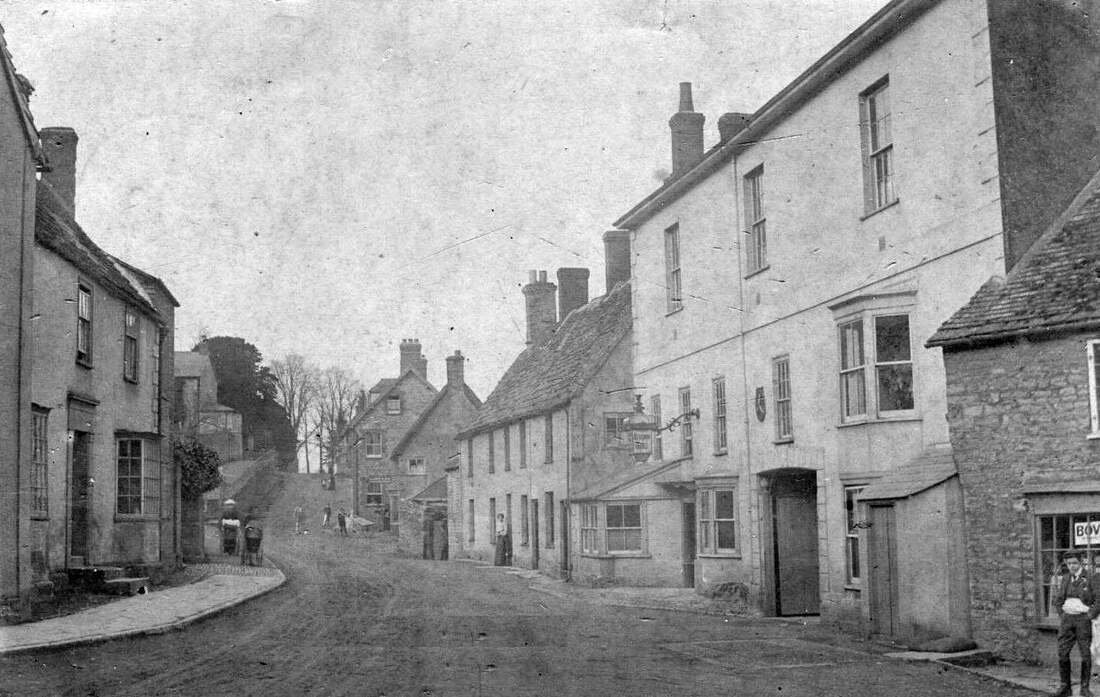