Up until the early 1930s, it was a common sight to see a flock of sheep, or cattle, being driven either to a market, or to a local slaughterhouse, often by one just drover and a couple of collie dogs. These men knew every green lane, drove-way and other short cuts.
In the 1930s, both of the Stalbridge butchers, Fred Bugg and Sydney Eavis, had their own slaughterhouses. Fred Bugg, who had taken over from Monty Barnes, had a retail shop opposite the Duck Lane turning, and a slaughterhouse at the rear, with access, by means of a right of way from Gold Street. Sydney Eavis had a shop in the High Street and a slaughterhouse at Stanbrook. Both butchers had horse drawn box carts for deliveries to the rural areas.
Frank Palmer recalls driving a cow from Manor Farm, at Stourton Caundle, to the slaughterhouse at Stanbrook, in the early 1930s.
A cow of a lean build was more like a hunting horse than a cow. She could leap over a field gate with ease and was given the name appropriate name of Hunter. She did not produce very much milk and as a result was sold, shortly after giving birth to her calf, to a local butcher Mr Eavis, of Stalbridge.
Along with a work colleague of mine, I was instructed to act as a drover to deliver Hunter to the butcher’s slaughterhouse at the bottom end of Station Road, on the outskirts of Stalbridge, and it turned out to be quite an adventure. The cow was to catch us unawares by crashing its way through a roadside hedge, near an old lime-kiln, (alongside the dip in the road, approaching the T junction where the mirror is located) on the road to Stalbridge. We were sweating following a chase across two fields of pasture land. The animal made a second bid to escape, by getting ahead of us on the brow of Basils Hill, and left us trailing in her wake down Barrow Hill. We were then amazed at the sight of the cow making a sudden stop, turning to the right and entering an open doorway to the menswear department of the drapery shop, owned by Mr Grace. I was very relieved to see the cow slowly backing its way out through the open doorway, without causing any damage. As the cow was most certainly not a potential customer. I wondered why no-one came out of the shop to investigate what was going on. We went down Station Road, crossed over the railway lines and reached the brick-built abattoir without further incident.
Stanbrook, Lot 73 in the Stalbridge Estate sale catalogue, is listed as a smallholding, with a dwelling house, outbuildings and two fields, extending to 24 acres. The tenant of the two fields was Mr Charles Moore, who was also the tenant of the corn mill and attached farm at West Mill. The Lot was sold for a sum of £1,700-00p, to Mr Reg Moore, a Grazier, who purchased beef cattle at market, and then reared them, prior to selling to the local butchers for slaughter. Transporting the cattle to Stalbridge by train, meant that these two pasture fields, located close to the railway station, were ideal for his needs. 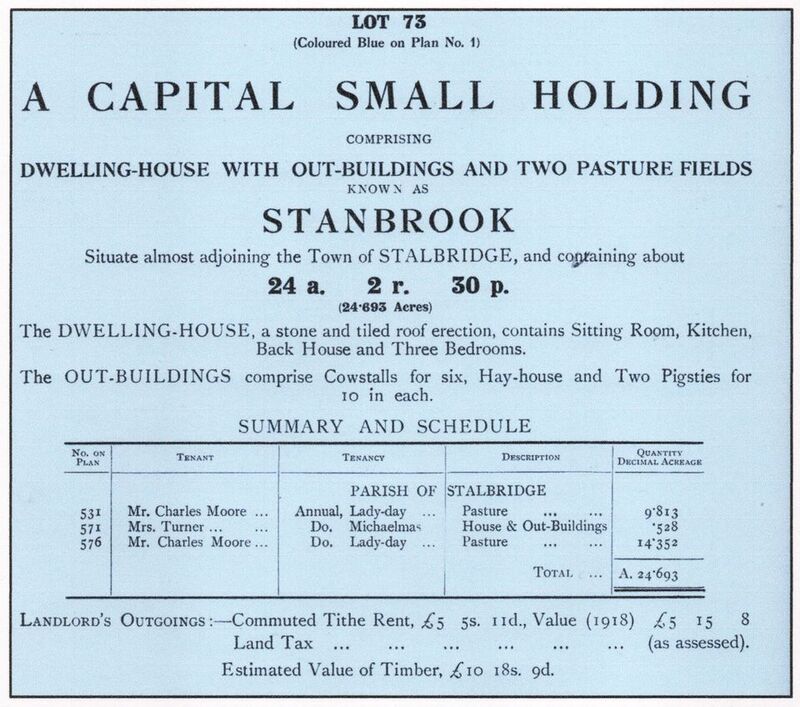 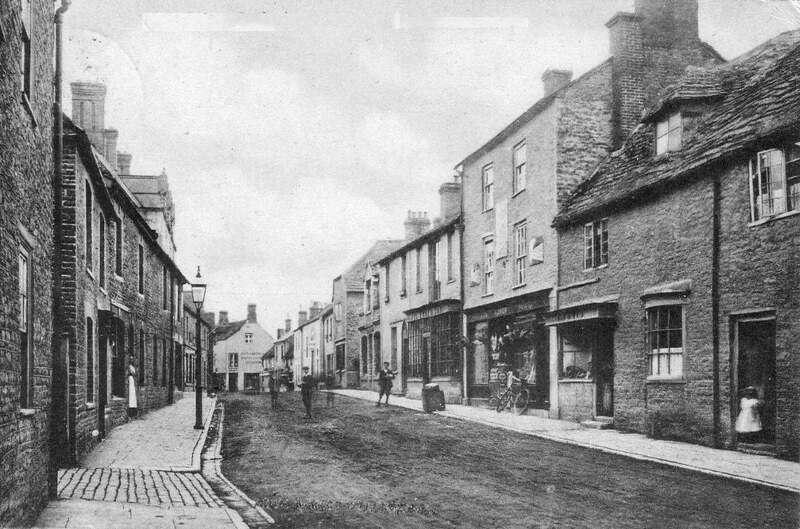 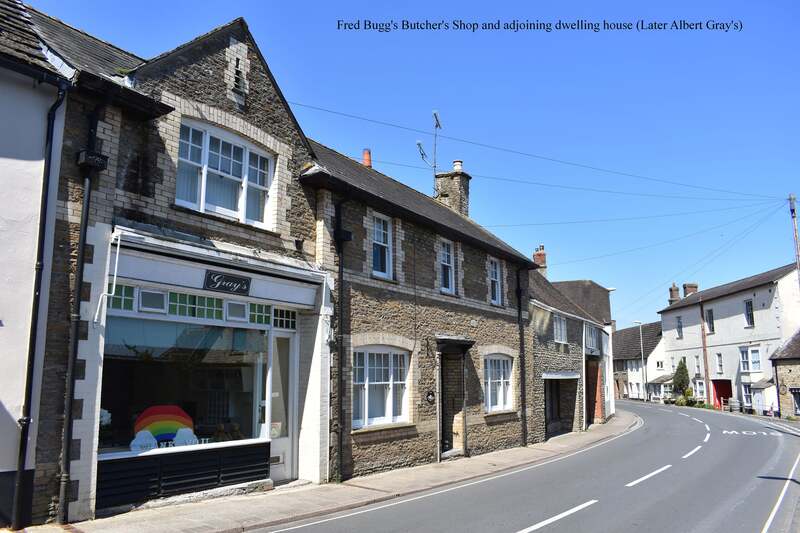 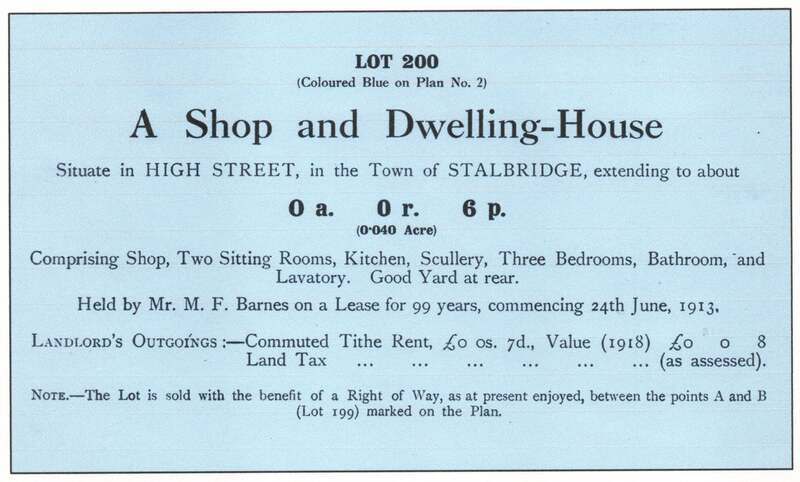 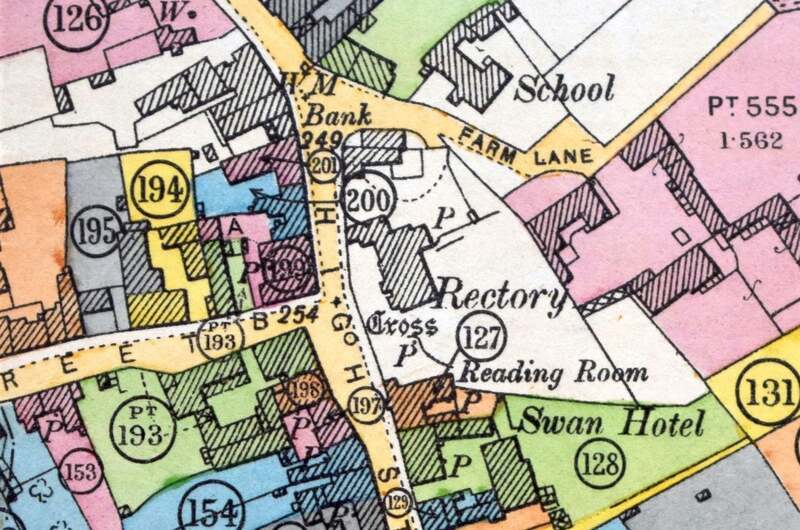