​
Lot 64, West Mill, was an animal feed mill. The tenant, Charles Charlton Moore, purchased West Mill Farm, including the corn mill, farmhouse and 90 acres of land, at the 1918 sale, for a sum of 4,900.00d.
The mill retains its water wheel, built at the Hindley iron foundry at Bourton in 1893. The wheel has not operated since 1942, when the Stour was realigned, creating a 3ft reduction in the water level, reducing the flood risk to the nearby wartime Royal Naval Air Training Station, HMS Dipper, under construction at the time As a result of the realignment, the mill now stands alongside the river Cale, a tributary of the Stour. A weir was constructed on the Stour, at Marnhull Ham, as part of this scheme.
At West Mill, the Cale forms the parish boundary between Marnhull and Stalbridge, with the mill on the Stalbridge side of the river. This places the mill on the north-east perimeter of Stalbridge, while being directly west of Marnhull, suggesting that at one time the mill was located within the parish of Marnhull.
In 1943, a 40hp Rushton and Hornsby diesel engine was installed at West Mill to drive the mill machinery, paid for by the Royal Navy. As, following the realignment of the Stour, there was no longer a sufficient head of water available to drive the waterwheel.
The hatches at West Mill are permanently fully open. The weir, rebuilt as part of the 1942 Stour realignment scheme, was reinforced by the Environment Agency in the late 1990s to prevent slippage into the millpond. 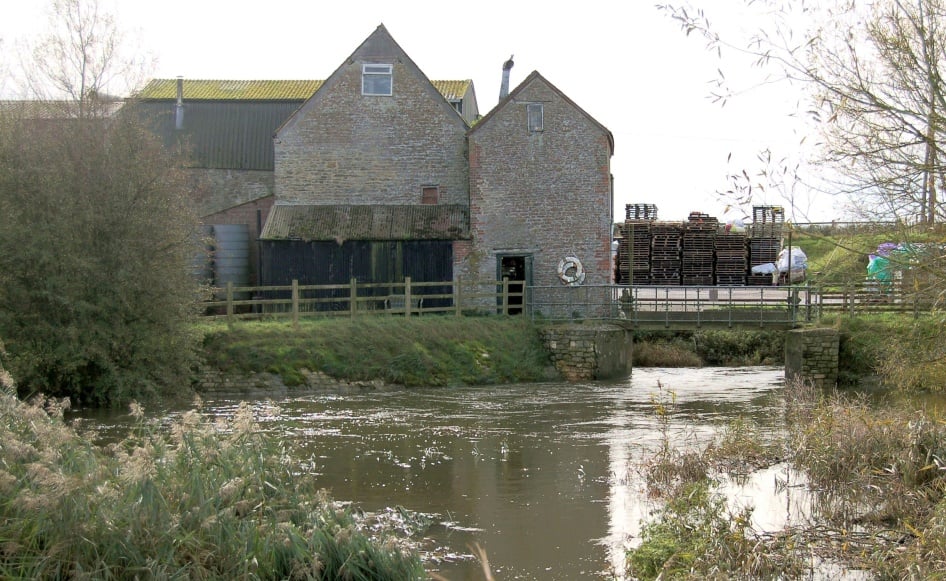 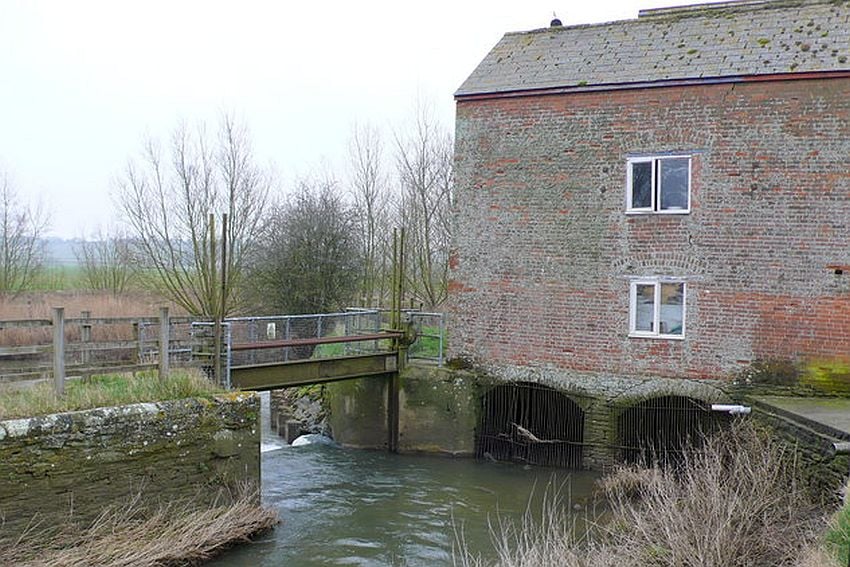 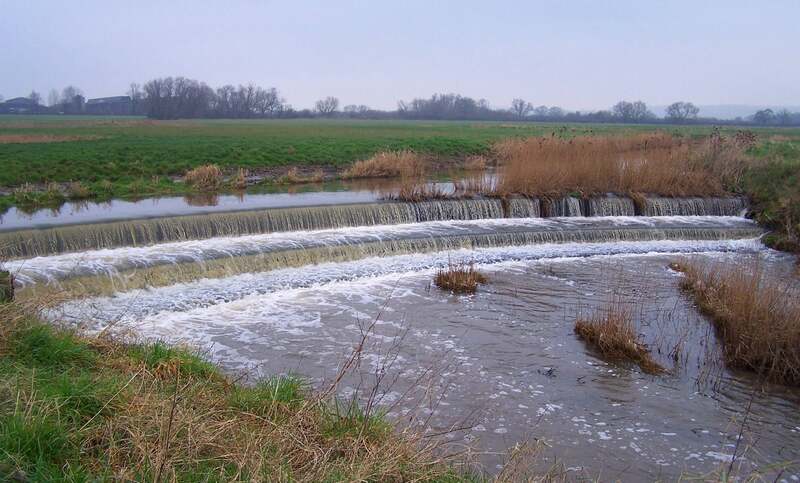 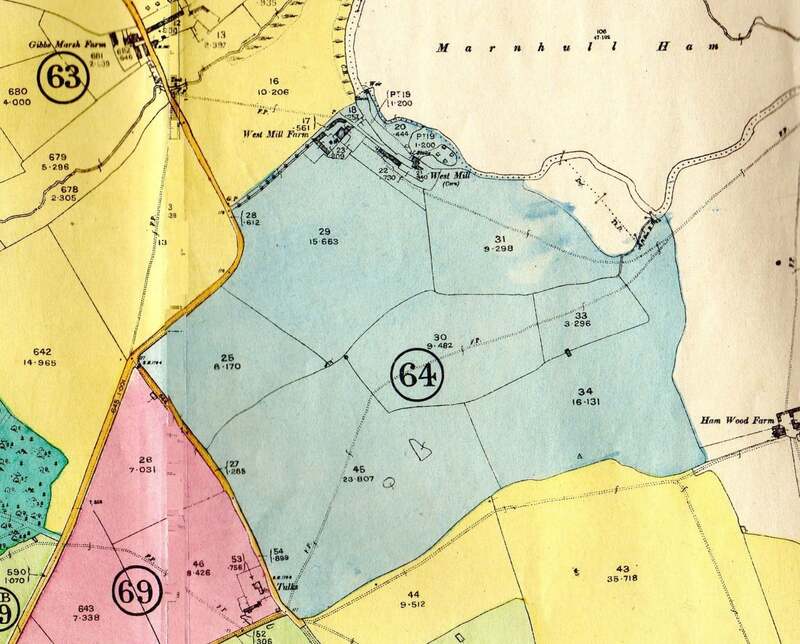 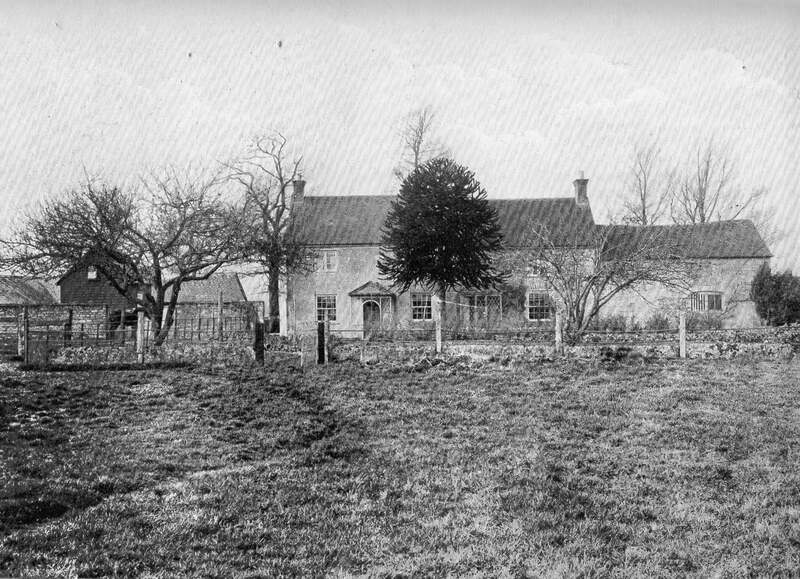 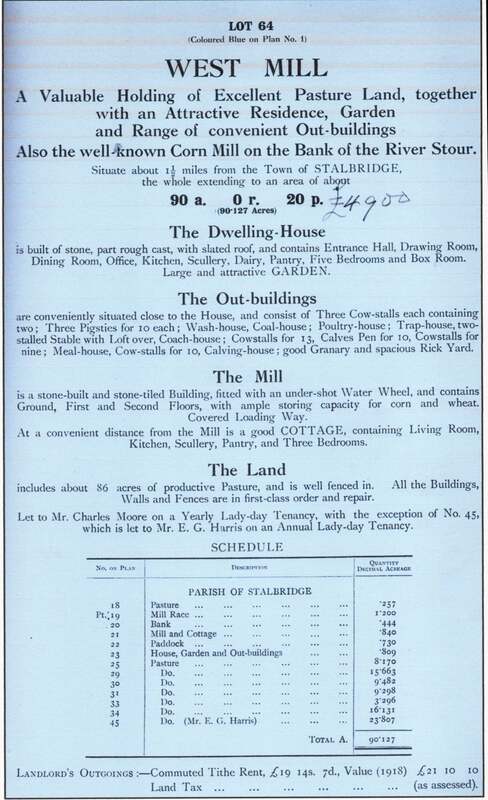