​There are no major watercourses in Stalbridge. In dry summers, prior to 1926, water shortage was always a problem. There were four public sources of water supply in addition to the wells in many cottage gardens and a spring discharging into a trough, located next to the churchyard wall, at the top end off Church Hill. The Ring pump was located under the Ring tree, which was felled in the 1920s. Meader’s pump was located at the higher end of Station Road, a third pump at the bottom end of Station Road along with a horse trough, and the fourth at the lower end of Church Hill.
The water pump on the Ring, near the junction of the A357 and Lower Road, was one of four providing a public water supply in Stalbridge. The pump was relocated to the Ring, from the pump house at Station Road, following the connection of a mains water supply to Stalbridge, in the mid-1920s. The water was re-lifted from an underground tank fed by natural streams, originating from springs, rising in the higher slopes of the parish at Barrow Hill.
In 1926, Sturminster Rural District Council connected a mains water supply to Stalbridge from a spring source, located at Duntish, near Buckland Newton. Water, collected in a sump at the spring outlet, was re-lifted by a pump to a small service reservoir, at Knapps Hill, Buckland Newton. This water was transferred by means of gravity feed 4-inch cast iron main, routed through Pulham, Kingstag, Lydlinch Common and Antioch to a newly constructed service reservoir, located at the top of Barrow Hill, Stalbridge.
A number of galvanized iron standpipes, encased with bricks, were erected at strategic locations, from which the residents could collect water, and these remained in use until all residential properties had been connected to a mains supply.
In 1936, a new pumping station was erected at Duntish, to re-lift the water, from the sump at the spring source, to a new, larger capacity, reservoir constructed at Knapps Hill, providing a more secure supply to Stalbridge and the intermediate villages of Pulham and Kingstag.
Sturminster Newton Rural District Council applied for a loan of £1,948, under the provision of the 1875 Public Health Act, to fund the 1936 water supply scheme, to connect Stalbridge Weston and Stourton Caundle to a mains water supply, by means of a three inch cast iron distribution main, connected to Barrow Hill reservoir.
A pumping station, constructed at Alton Pancras in the early 1950s, lifted water from a bore-hole, to a ground level sump at the station. The water was then pumped to a service reservoir, located at Rake Hill, Alton Pancras, with a new link main providing the gravity feed to Knapps Hill. A new 9inch asbestos water main, laid along the same route as the existing cast iron main, provided a bulk gravity feed to Barrow Hill reservoir and a newly constructed reservoir at Frith. This trunk main has undergone a phased replacement in recent years with medium density polyethylene pipe, due to leakage, as a result of the biodegrading of the rubber O rings used to seal the joints.
The reservoir at Barrow Hill was decommissioned in 1974, when the local distribution main, supplying Stalbridge Weston and Stourton Caundle, was transferred to the single rise and delivery main to Frith reservoir (now separate pipes), with Stalbridge receiving its supply directly from Knapps Hill, during normal demand periods. Frith reservoir then acted as a balancing tank at the top end of the system, providing a reverse flow into Stalbridge during periods of heavy demand. These alterations resulted in a constant supply for the properties in the Park Grove and Park Road areas, which previously suffered with an intermittent supply during heavy demand periods. A link main, from Henstridge Reservoir to Frith, now provides additional security for the Stalbridge distribution system.
The cast iron pipes, laid in the 1926 and 1936 schemes, with the trenches dug by teams of navvies, including in the solid rock immediately underneath the road surface at Gold Street, are still in use today. 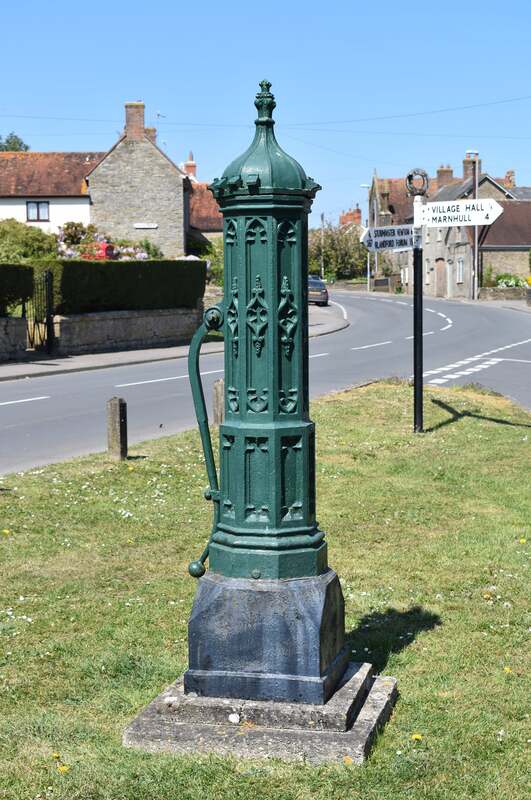 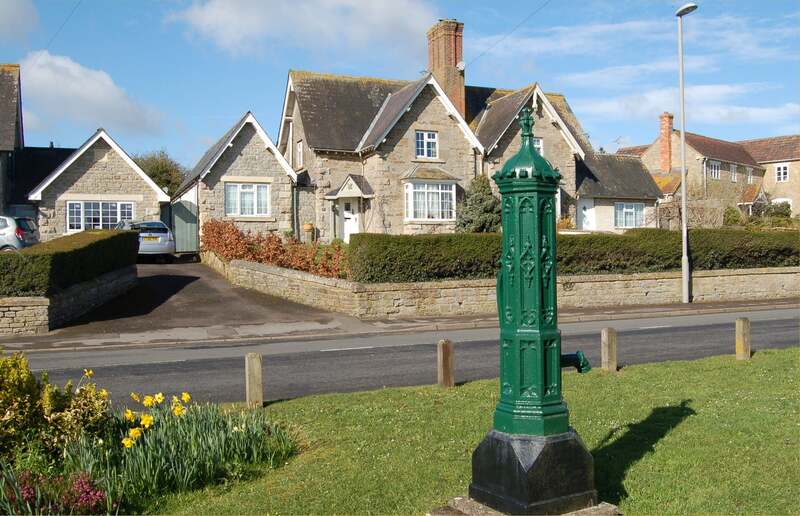 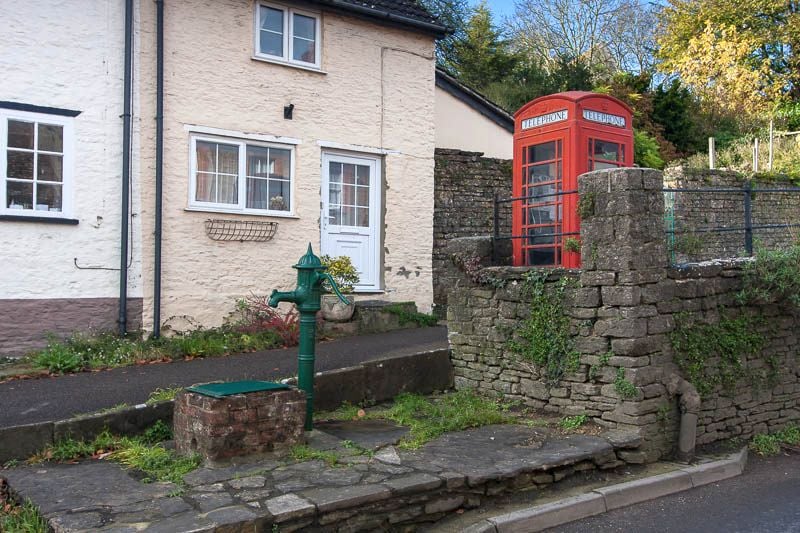 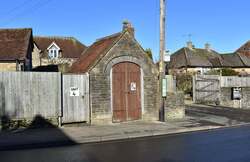 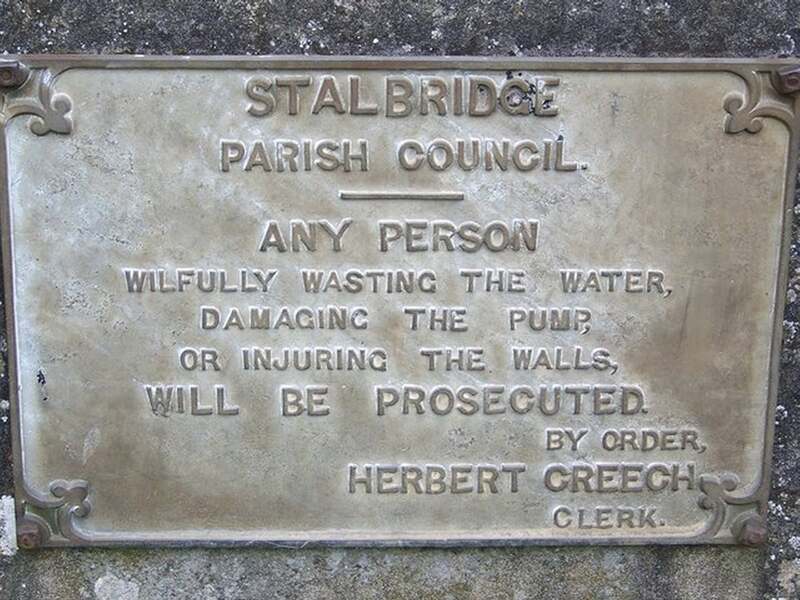 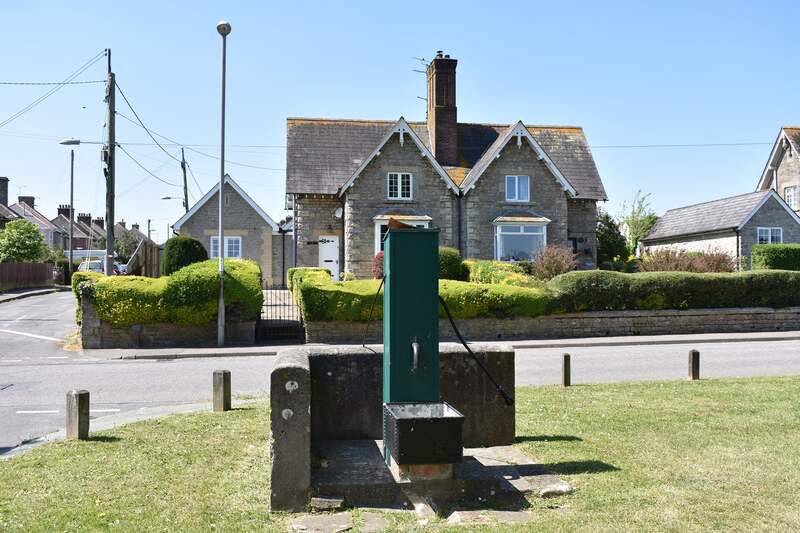 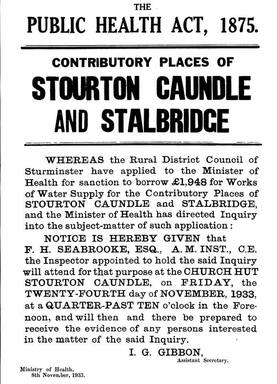