The 1918 Stalbridge Estate sale included three major farms in Stalbridge Weston. Higher or New Farm, now renamed Manor Farm, Lower Farm and Sturt Farm. Smaller units included Thorn House, Middle Farm and Corner Farm.
Lot 38, Sturt Farm, extended to 309 acres and included a 5 bedroomed farmhouse. The land, farmhouse and farm buildings were sold for a sum of £11,900-00d to the sitting tenant Mr Ricketts. Mr Ricketts also purchased Lot 43, a 35 acre field, adjoining the A357 at Poolestown, for a sum of £775-00d.
The Lot included two cottages, located beyond the farm on either side of Eastop Lane, towards Antioch. The site of the cottage on the left, last used as a builder’s yard and store, is currently being cleared, after remaining overgrown and derelict for many years. The ivy clad external walls of the cottage on the right hand side, not occupied since the early 1960s, survive.
The farmhouse was built in the late 16th Century, with an extension on the southern side added in the 18th century. Additions to the western end of this extension were carried out in the 19th century. The farm buildings and cow stalls were in an excellent state of repair at the time, having been rebuilt during the time of his ownership by the 1st Lord Stalbridge.
Subsequently purchased by Inwood Estate, Mr William (Billy) Oram took over the tenancy in the late-1930s and continued to run the farm, as dairy farm, until his death in 1974, when the estate took over the direct management of the farm.
William, a farmer’s son from Castle Cary, had married Flossie Mogg, born 1898, in 1919.They had two daughters, Irene, born 1920, and Edwina, born in 1924. Edwina contracted polio as a child and dealt with the resulting physical disability, with great courage throughout her adult life. Living in retirement in Stourton Caundle, she was an inspiration to all of us who knew her.
William's (Billy’s) wife, Flossie, was the 4th of 8 children. Her parents were Walter and Ellen Mogg. Walter was a cattle dealer and lived in a cottage at The Pound, Ring Street. He was also the joint tenant of a paddock, on the opposite side of the road, at the rear of the blacksmith’s shop. Walter purchased the freehold of the cottage and the paddock at the 1918 sale, along with Lot 174, an adjoining paddock. 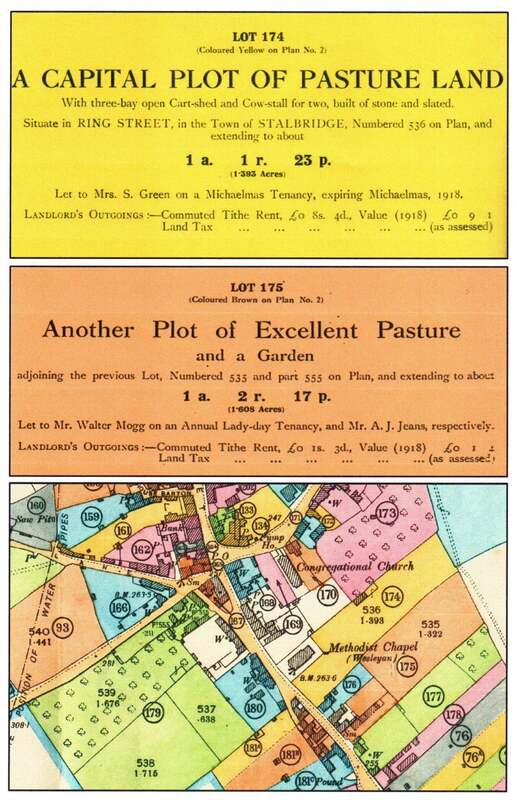 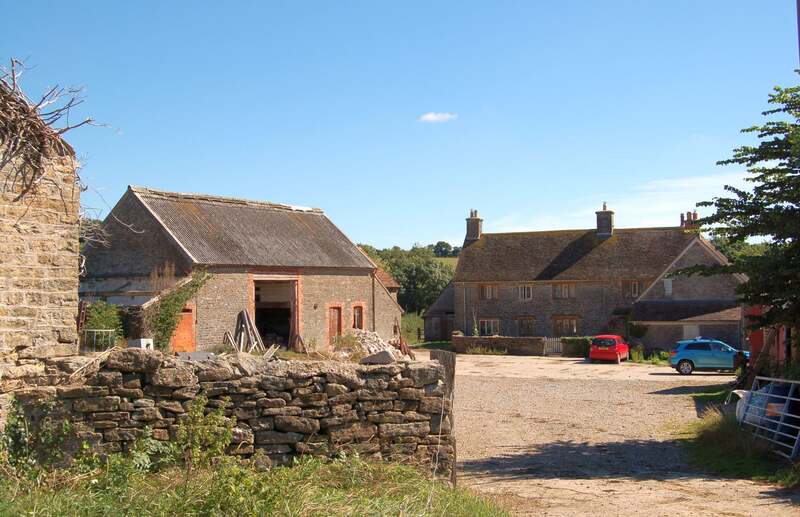 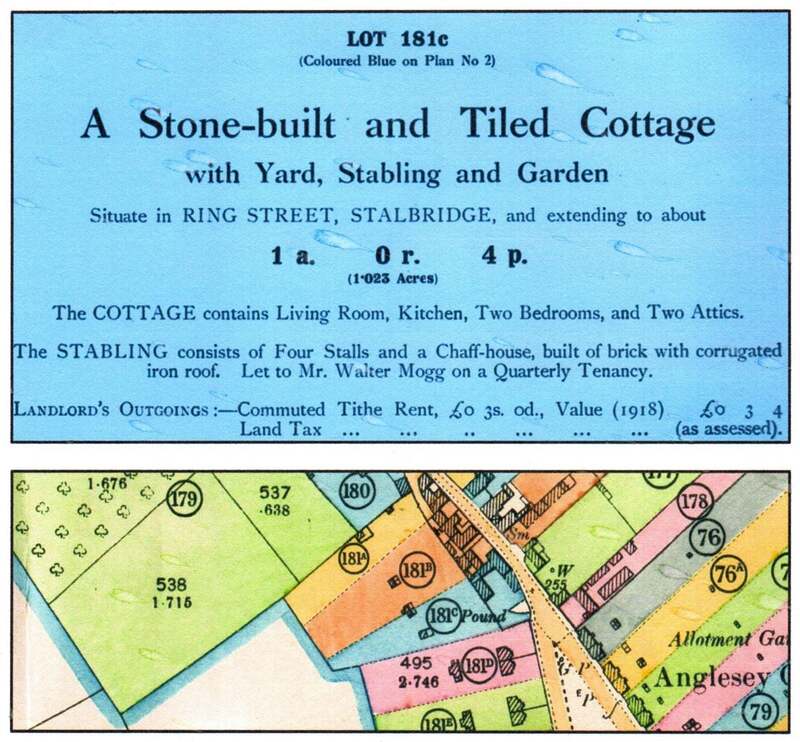 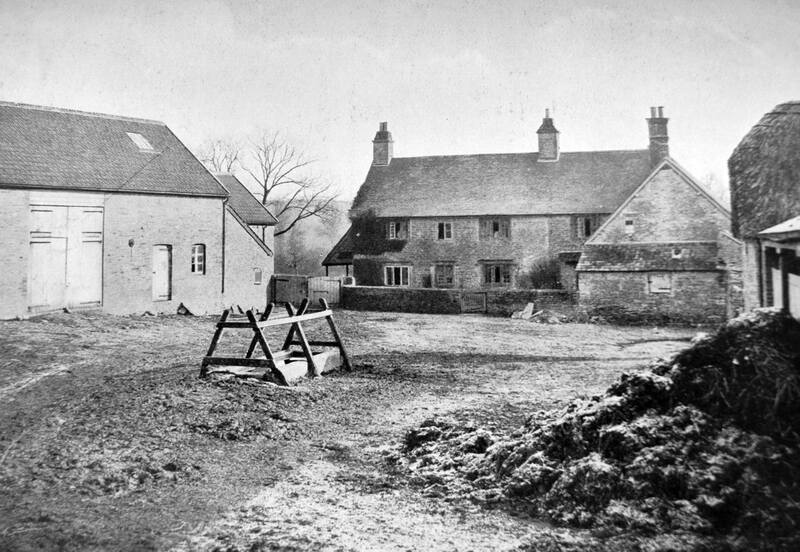 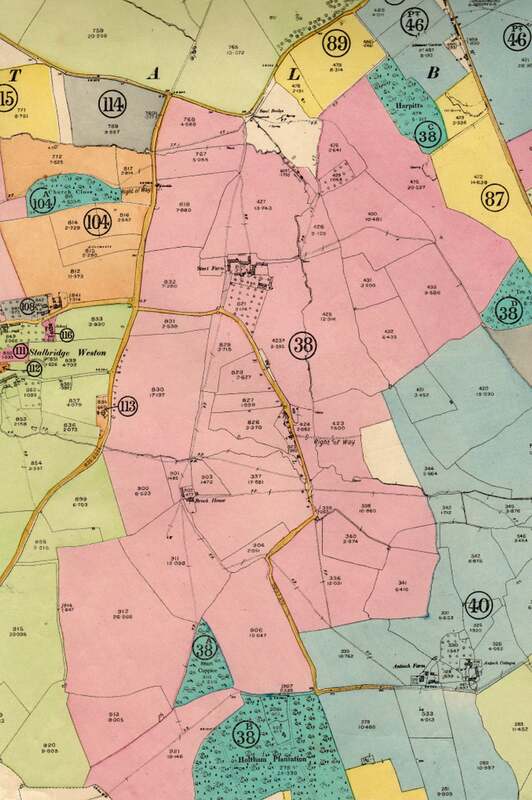 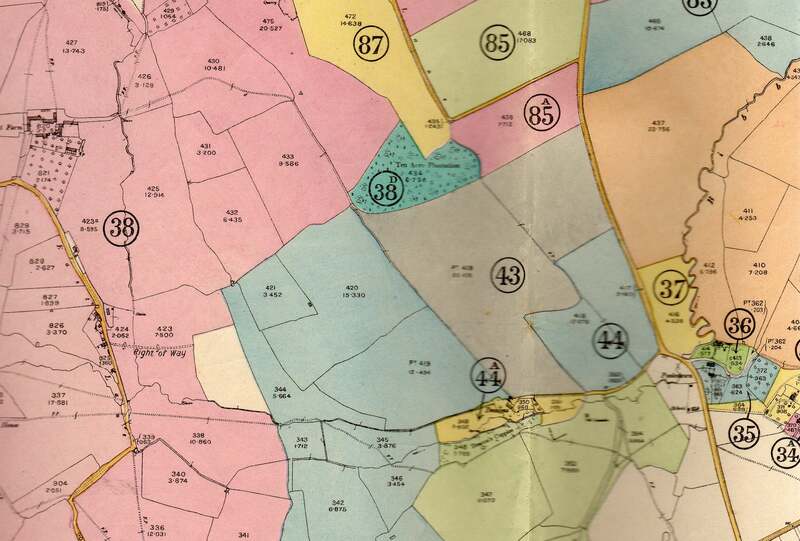 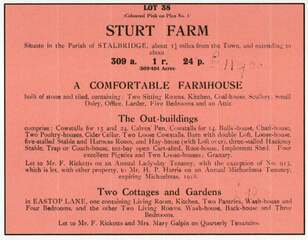