Built at the start of the 20th Century, replaced the previous thatched building, located to its rear on the same site, which had fallen into a state of disrepair and was no longer habitable. (See attached photograph).
Frederick Henry Slade Styring, listed in the sale details as the leaseholder of the New Inn in 1918, was a director of Jennings, Styring, White and Co, founded in 1821, which owned the Marnhull Brewery, and a number of public houses including 5 in Marnhull. The company was dissolved by 1901 leaving Frederick Henry Slade Styring as sole owner. Hall & Woodhouse Ltd bought the leases of the five Marnhull houses in 1912 and the Marnhull Brewery, along with the Tisbury Brewery, acquired in 1888, and 36 public houses were sold to Eldridge, Pope & Co. Ltd in 1913.
At the 1918 estate sale, the auction lot, which included an adjoining paddock extending to over 1.5 acres, was purchased by Mr E Winter for a sum of £150-00p. The freehold was later acquired by Eldridge Pope & Co. Subsequent landlords include Bill (Jammy) Hedditch, Harry Hucker and finally Vic King.
Frank Palmer recalled in his memoirs a performance by the Stourton Caundle Village Band at the New Inn on Christmas Eve 1938.
On Christmas Eve we walked to Haddon Lodge, where we played and sang carols in the courtyard at the rear of the premises. A servant then came out with a tray of hot drinks. We went around to the front of the house and played more carols, making a harmonious sound until one boy passed wind and we all burst into uncontrollable laughter. After recovering our composure we made a hasty exit, setting off along the bridleway in the direction of Stalbridge Weston. A large jug full of homemade wine was consumed at our first stop at the top end of the village, a great mistake on our part. We were about to make a start playing outside of the New Inn, when one young member of the band was heard to be crying out in anguish: “I can’t see! I can’t see! I can’t see!” Most of the other members of the band were finding it a little difficult to read the music and as a result many a wrong note was played before the night was out. Maybe it was all the fault of our lantern carrier, though I very much doubt it. The New Inn was crowded to almost overflowing and despite the mistakes they all seemed to be very appreciative of our efforts
My own fond memories of the New Inn date from 1966 through to 1973, shortly before closure. As one member, of a group of lads from Stourton Caundle, we had changed our allegiance from the Trooper Inn to the New Inn, after one of our group had been banned by the then Landlord, Fred Allen, after discovering that if he rocked the fruit machine when pulling the handle the machine paid out every time.
The Landlord, Vic King, was an excellent dart player and the New Inn had one of the best darts teams in the local area. Team members in the 1960s included Jim Guy, Des Austin and Gordon Critchell. Free range chicken could often be found in the skittle alley and had to be removed before play could start.
Vic’s son in law, Richard, was an excellent table tennis player and, without Richard in our team, the Shaftesbury League trophy, from the 72/73 season, would not be standing on my desk as I write this piece.
The warm friendly atmosphere at the New Inn made every customer feel welcome and regular customers were treated like one of the family, it really did feel like home from home.
Some of you, reading this brief account, will have your own memories. If so then please to add them to mine to create a more complete account of the New Inn at this time
New Inn Darts Team Members 1947
Back Row left to right- Ern Trowbridge, Harry Hucker, Charlie Gould and Bill Mogg.
Front Row- Bill Stickland, Eddie Bond, Syd Parsons and George Parsons. 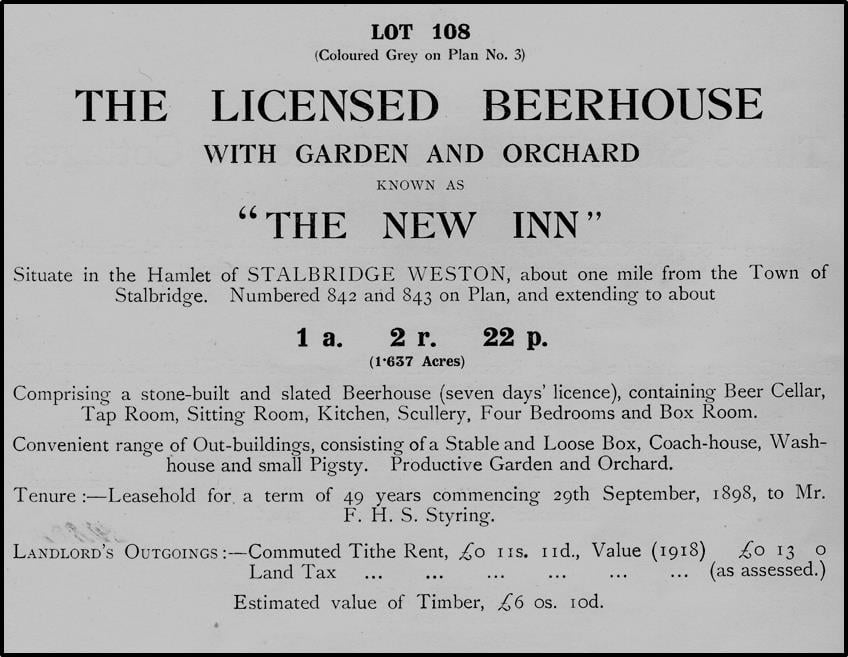 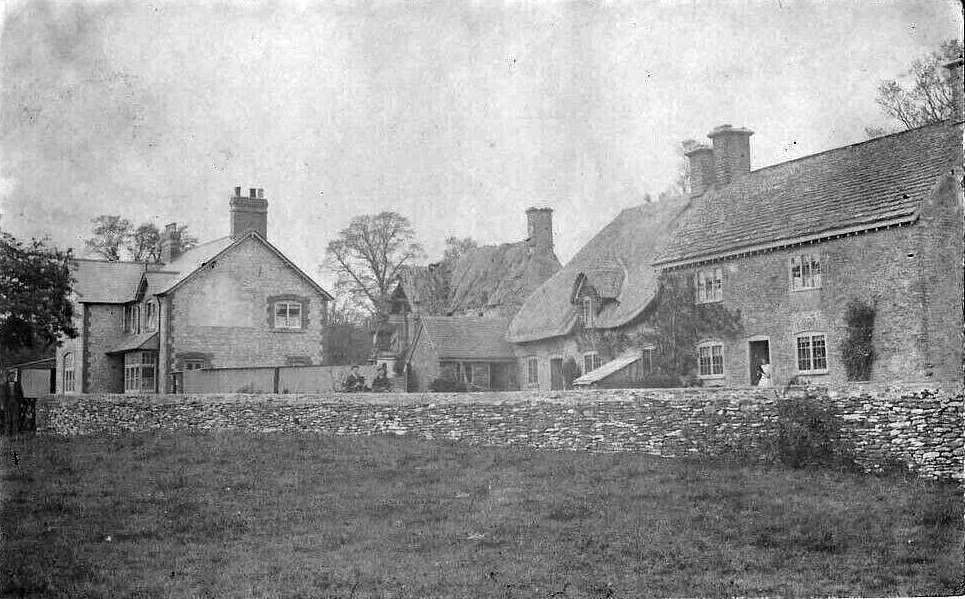 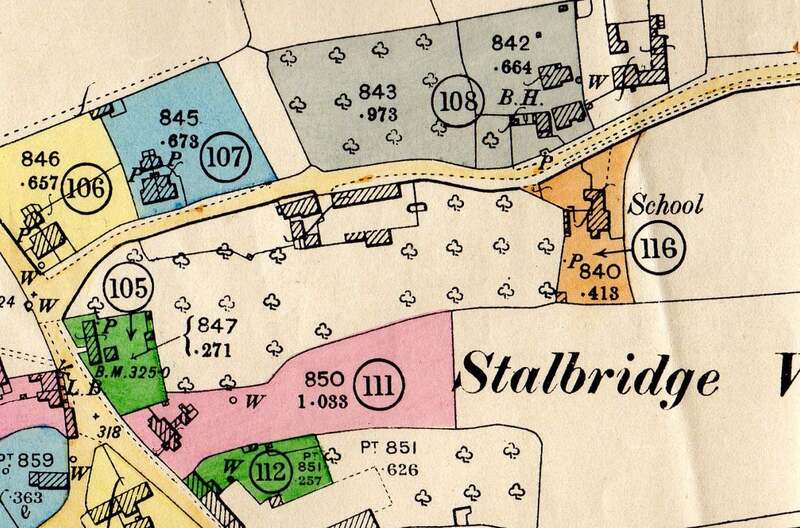 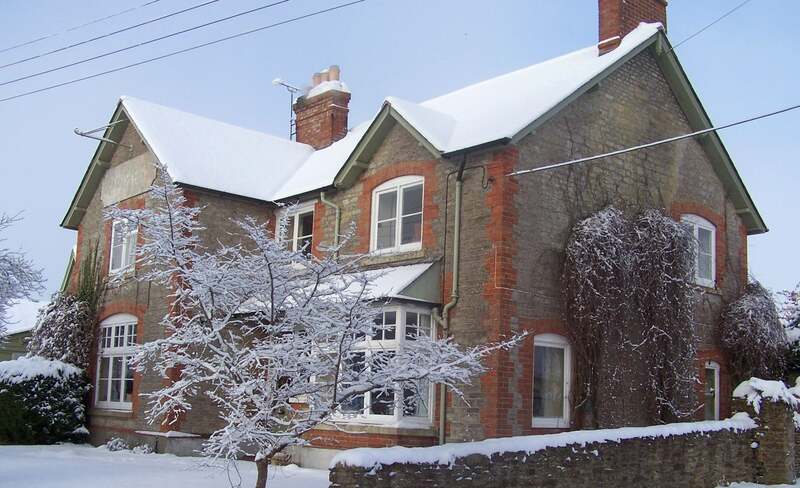 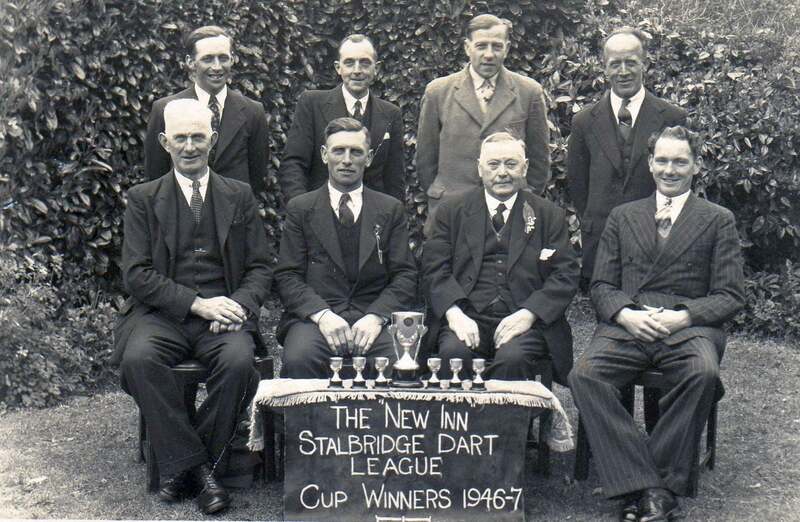 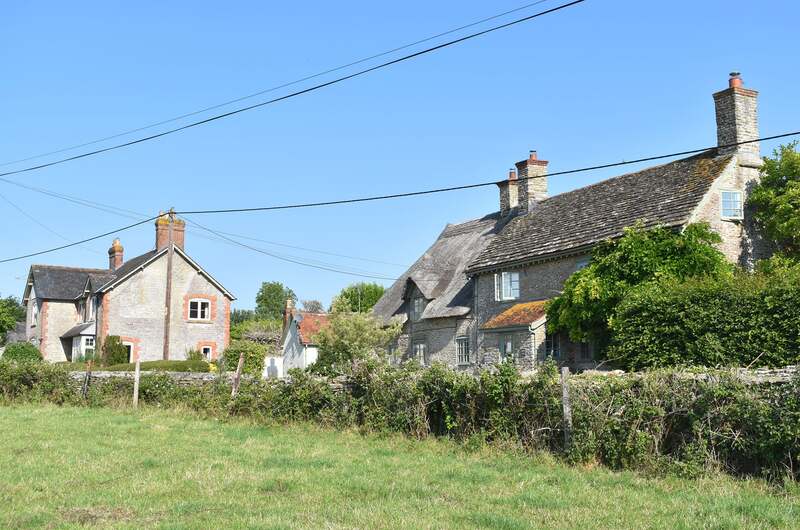 Phil Knott 2021
​​Back to Digital Archive