The presale tenants of the pair of cottages, listed in the sale catalogue as Lot 191a, were Ernest Fred Cluett and Alec Roberts.
Fred, born in 1882, was the fourth of nine children born to Joseph, and Kate Cluett. oseph, born in 1854, at Sturminster Newton, had married Kate (nee Inkpen), born in 1854 at Lydlinch in 1878.
Fred married Rose Mary Tite in 1907. Rose born at Kingstag in 1882 was the daughter of Uriah and Mary Tite. In the 1901 census they are recorded as living at Thornhill, with Uriah employed as a Gamekeeper and Rose as a dressmaker, working at home. They had nine children, two of them died in infancy. Fred passed away in 1965 and Rose in 1966.
Alec Roberts, born in 1888 at Vale Street, Henstridge, was the eldest of four children born to Frank and Bessie Roberts.
By 1911, the family were residing at Church Hill. Frank was employed as a gardener and Alec as a postman, delivering mail to Stalbridge Weston and Stourton Caundle, riding a pedal cycle, collecting the outward going mail, from the Post Office at Stourton Caundle, before the return journey to Stalbridge.
In 1915, Alec married Lily May Watts, born in at 1886, at Netherbury near Bridport. Lily was the sixth of nine children born to George Watts and his wife, Sarah, (nee Harris).
They had one daughter, Cristobel, born in 1917, who did not marry. In the early 1920s a manual switchboard was installed in the post office, for the newly installed local telephone system and Cristobel was one of the operators.
Lily passed away in 1954 and Alec in 1971
The reserve price for the freehold for Lot 191a was £20-00, which must have reflected the poor condition of the cottages. They were purchased by local builder, Sam Cluett, for a sum of £15-00d and then rebuilt. 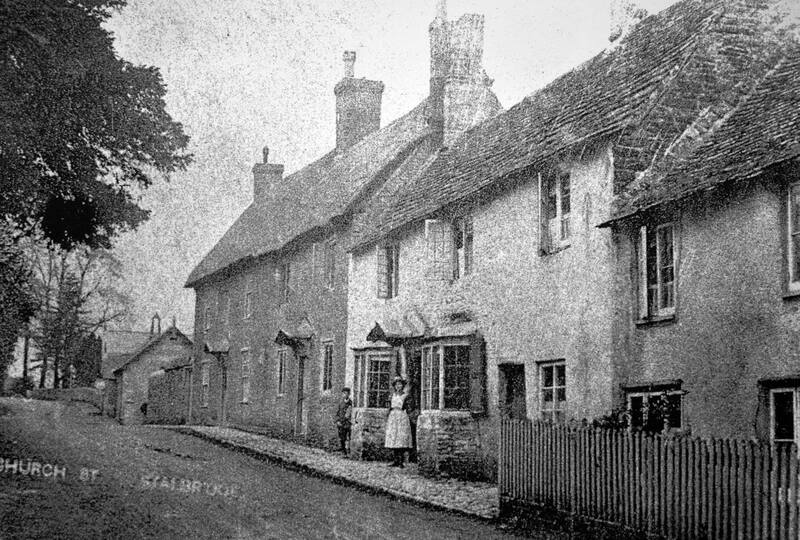 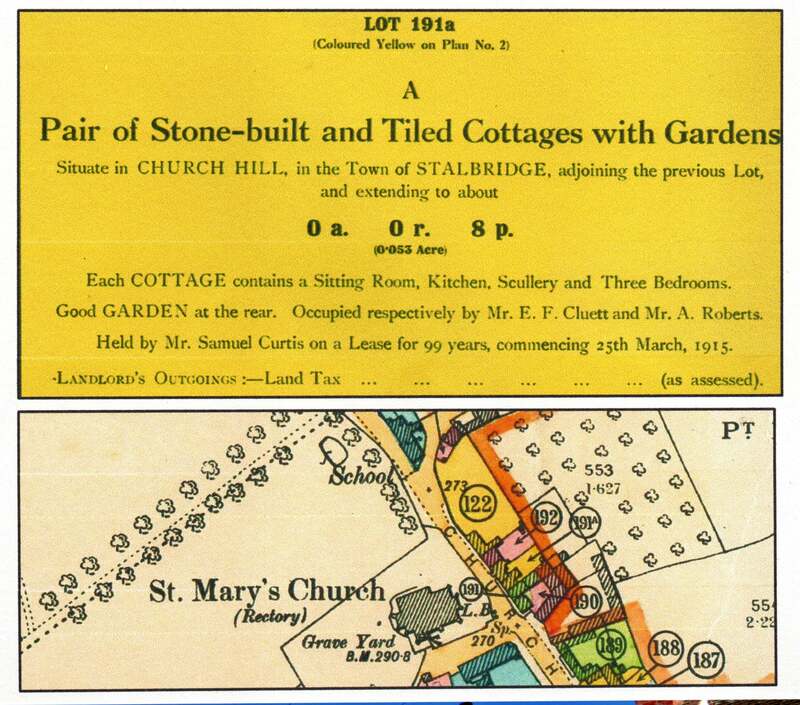 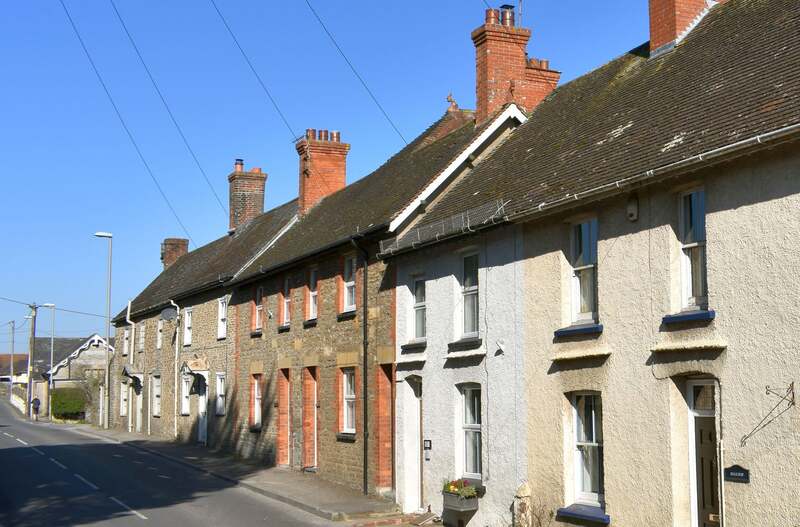 Phil Knott 2021
​Back to Digital Archive