After leaving Lower Fifehead, the river Stour meanders through low-lying fields at Marnhull Ham which provide a flood plain, passing Hamwood, Crib House and Gomershay farms on its way to Kingsmill. This section of the Stour provides the parish boundary between Stalbridge and Marnhull.
Although the mill building stands on the Marnhull side of the Stour, the mill, and attached farm, was in the ownership of Lord Stalbridge, and included in the 1918 estate sale as Lot 17. The freehold, including lots 19 and 23a, was purchased, for a sum of £6,100.00d, by William G Johnson, who also purchased Lot 18, a field adjoining Common Lane and Pleck Hill, for £750.00d.
The mill was in operation at Kings Mill at the time of the Domesday Book. In Norman times, all land and property was divided into Manors and the miller at Kings Mill had to pay rent to the Lord of the Manor, the Abbott of Glastonbury. With the dissolution of the monasteries, in the reign of King Henry VIII, the mill passed into private ownership, but later ownership transferred to the Crown and during the reign of Elizabeth I the mill became a Crown grant. Records, for the period of around 1816 show the mill in the ownership of a Robert Toogood, followed by his son William.
In 1829, the mill was advertised for rent in the Sherborne Mercury due to the owner’s poor health.
‘To be let by Tender. All those Capital and newly erected GRIST FLOUR MILLS, advantageously situated on the never failing river Stour in Marnhull, adjoining the road leading from Bristol to Poole, comprising one water wheel with sufficient power and machinery for driving two pairs of excellent stones for grinding wheat (there is also an additional pair of stones for barley), with a smut machine, a flour ditto, a dressing machine, lifting machine, and every other requisite for the flour trade and stores sufficient to hold upwards of one thousand quarters of grain, with waggon-house, stable for six horses, together with a neat and comfortable Dwelling House situated on a lawn, at a small distance from the Mills.
The following advertisement appeared in an 1836 edition of the Sherborne Mercury.
“To be sold by auction at the Grosvenor Arms, Shaftesbury. The very compact and desirable ESTATE called KING’s MILL. Comprising substantial, roomy and convenient Dwelling-House, pleasantly situate in a Lawn. A detached Cottage and Garden for a labourer, 80 acres of exceeding rich grazing land, and an extensive and valuable right of common. Also, a Capital newly-erected FLOUR and GRIST MILL, with two pair of excellent stones, for grinding wheat, and one ditto for barley, Dressing Mill, Flour and Smut Machines.
The mill and surrounding land was then purchased by the Duke of Westminster, who also held the title Lord Stalbridge. The farmhouse and farm buildings were then constructed. At the time of the 1859 Enclosures Act for Marnhull Common, the then Marquis of Stalbridge was granted half an acre of land, in lieu of previous rights, to excavate clay soil at Marnhull Common for repairing the mill, dams, banks, hatches and sluices at King Mill.
The mill closed in the mid-1930s, and in 1941 the hatches and weir were removed as part of the scheme to reduce the water table at Gibbs Marsh prior to the construction of the Royal Navy Fleet Air Arm base in 1941.
The mill had an undershot waterwheel. The water strikes the paddles at the bottom of the wheel, making it less efficient than the overshot wheel, where the water strikes the wheel at the top, creating more head, resulting in greater efficiency and more power being generated. The undershot is cheaper, and easier, to build and is especially suitable for low-lying flat areas such as Kings Mill. However, the reduced power output will create problems in providing sufficient power to operate the machinery in the mill during periods of low flow encountered in the summer months. There is now very little left of the original undershot type water wheel and the weir will need to be rebuilt if the mill is to be restored to working order. 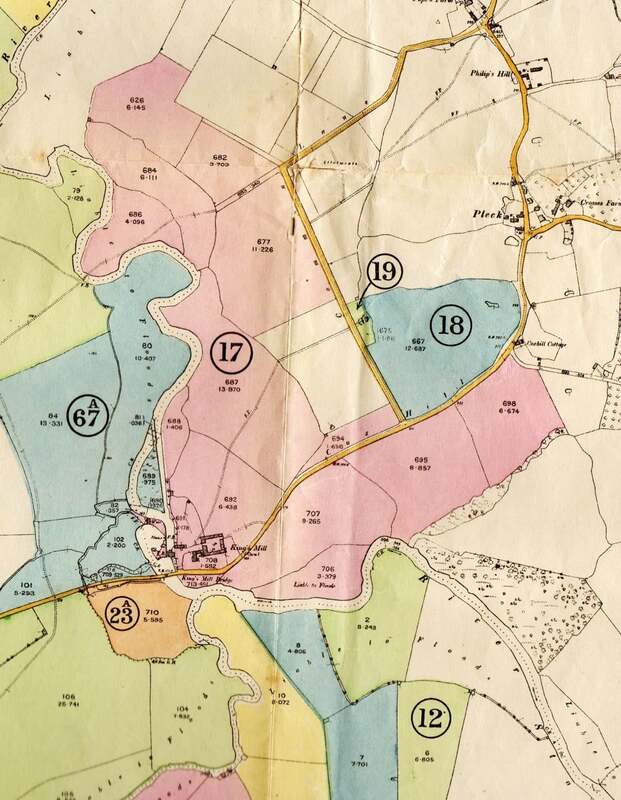 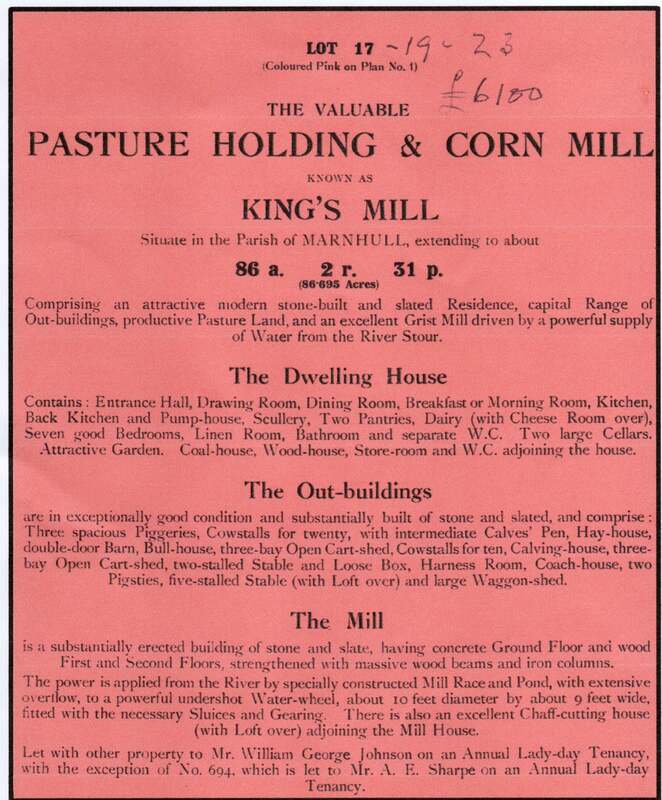 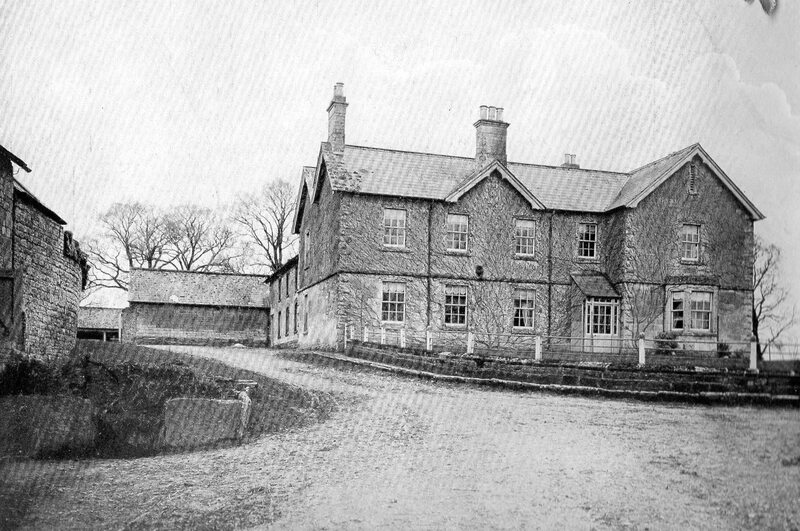 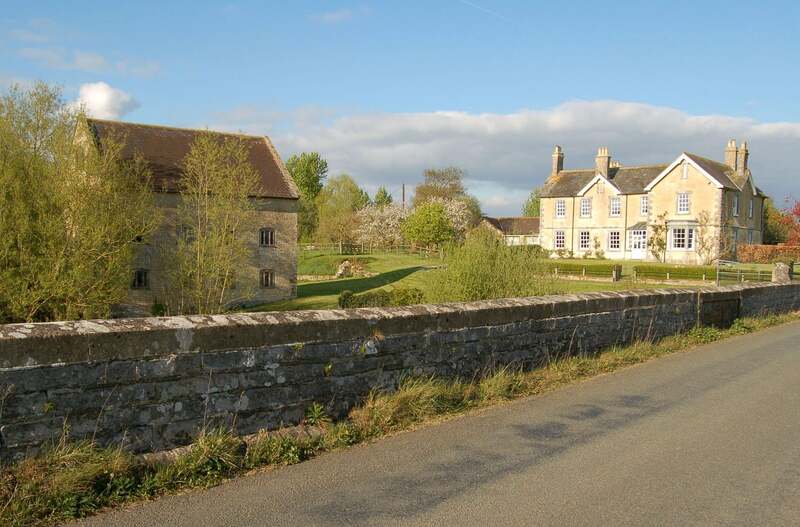 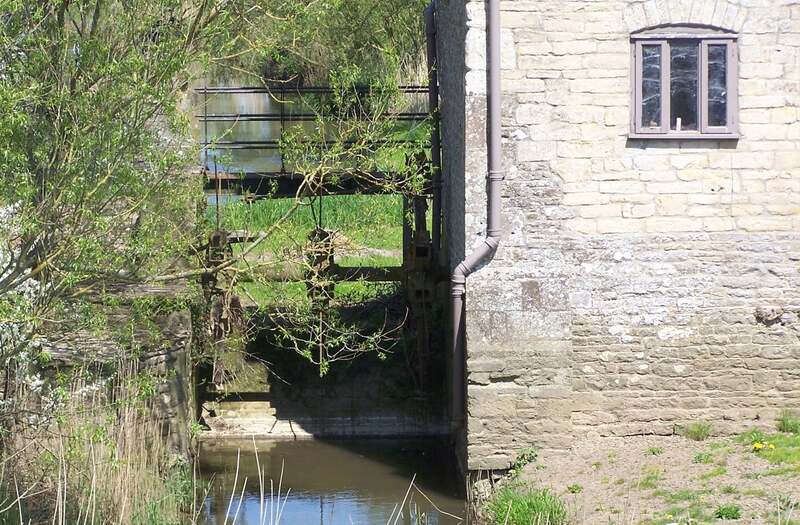 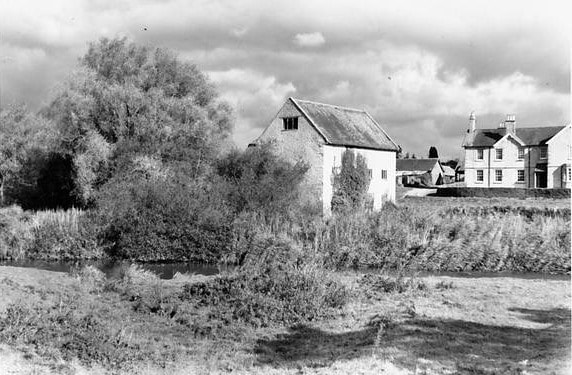 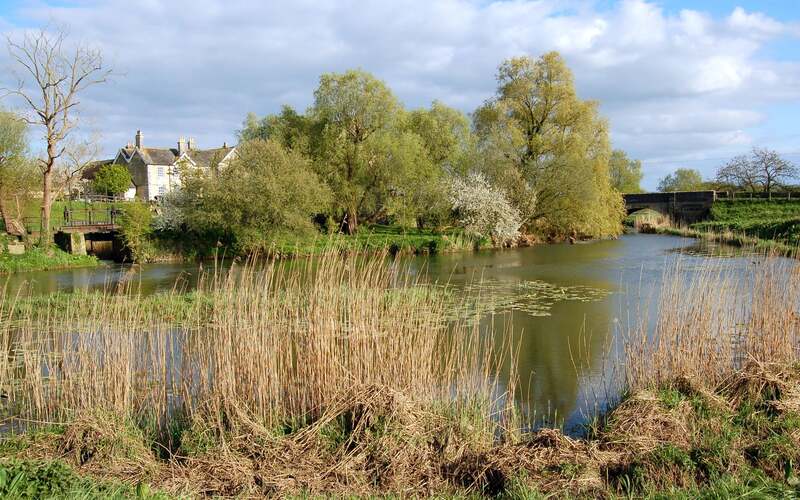 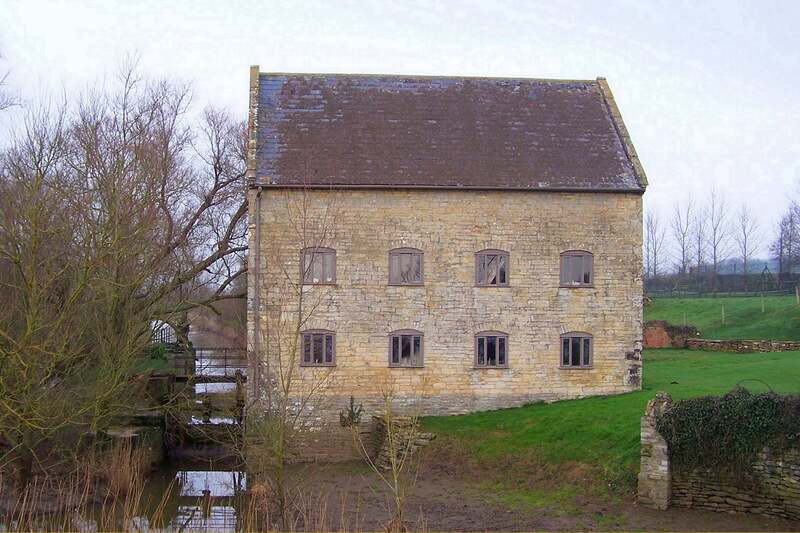 ​​​​Back to Digital Archive