​Felix Cox and Son had three retail outlets in Stalbridge High Street, including a draper’s shop in Manchester House. Lot 132, Manchester House, is listed, in the 1918 sale catalogue as a large shop, with two showrooms. The living accommodation comprised of a ground floor kitchen and washroom, three first floor bedrooms and a living room, with a further five bedrooms on the second floor. The property was let to Mr. Claude Lorenzo Cox on an annual Lady Day tenancy. Mr. Cox purchased the freehold of the property for a sum of £800-00d.

Lot 157- located at the junction of Silk House Barton, and listed as two shops, with a dwelling house and a cottage. The premises were let to Mr. C. L Cox on an Annual Lady Day Tenancy. Mr Cox ran a drapery and boot business, in the shop on the left, at the junction of Silk House Barton, and a carpet shop on the ground floor of the one on the right, with a gentleman’s tailors and outfitters shop above. With a reserve price of £822-00d, Lot 157 remained unsold, leaving Mr Cox to continue with his Annual Lady Day Tenancy.

The established retail outlets, operating from these premises, made up one of the largest retail businesses in the local area. A sales representative was employed, to call on customers living in outlying areas, with orders delivered by horse and cart.
Felix Cox, son of George Cox, eldest of 5 children, was born in Gillingham in 1827. In the 1851 census, Felix is listed as a live in draper’s assistant at Manchester House, working for Richard and Edith Read.

Felix married their daughter Silvia in 1854. A daughter Sylvia Adele was born in 1858, sadly just two years later his wife passed away. In the 1861 census Felix is listed as residing in Stalbridge High Street, along with his 2 year old daughter and 4 live in employees.

By 1871, Felix and Elizabeth had 7 employees, including a governess and 2 servants. Seven live in employees are also listed in the 1881 census. Elizabeth passed away in 1883 ages 60. Felix Cox passed away in 1899, aged 72.
Their son, Claude, married Mary Jane K (Kate) Swaffield, born in 1862 at Beaminster, in the 1st Quarter of 1891 at Lambeth. By the time of the April census of that year, they are listed as living in Stalbridge High Street, along with a 16 year old servant Sarah Senior. They had two children, a daughter Adele Mary born in 1893 and a son, Felix, born in 1896.

In the 1911 census there are 7 live in staff, including a housekeeper, Manager for the Outfitting Department, Milliner, Drapers Assistants and a Servant, all listed as living at Manchester House. The eldest Alice Shore is 40 and the youngest Agnes Harris 15.

Felix lost his life on active service in Palestine during the 1st World War. Adele married James Jeffery in 1923 and less than a year later, her father, Claude, passed away aged 60.
​
After the death of Claude, with no successor to take over the running of the business, F.C Cox and Son sadly, after a period of 70 years, disappeared from Stalbridge High Street. Chas Meader took over Manchester House, acquiring the freehold in 1937. On the opposite side of the High Street, Mr Charles Bollen took over the tailoring business, while the adjoining premises became a newsagents shop. 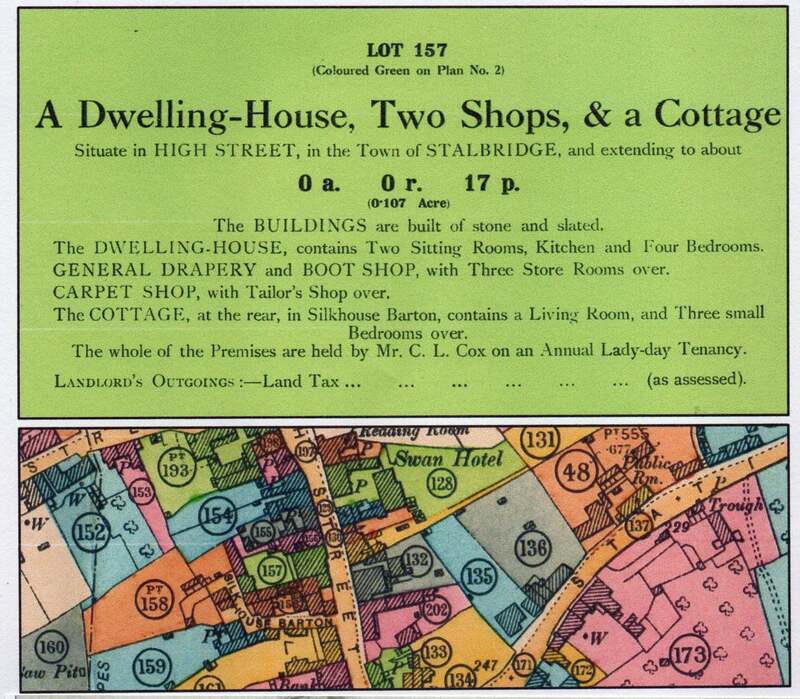 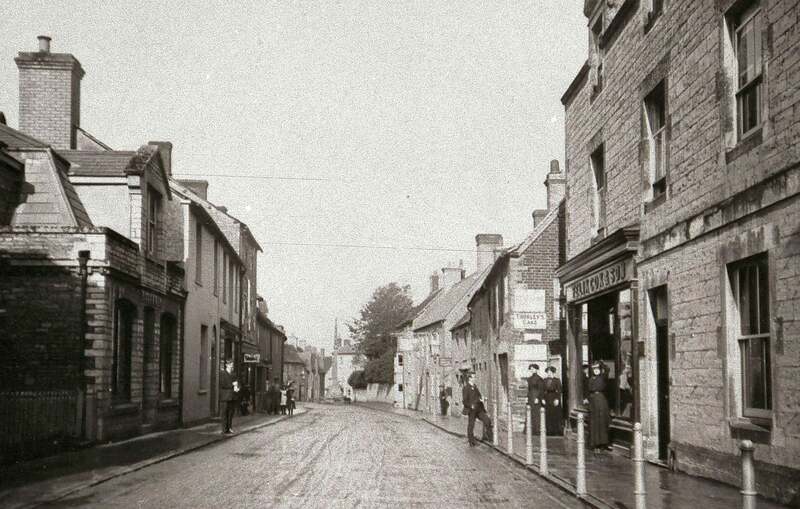 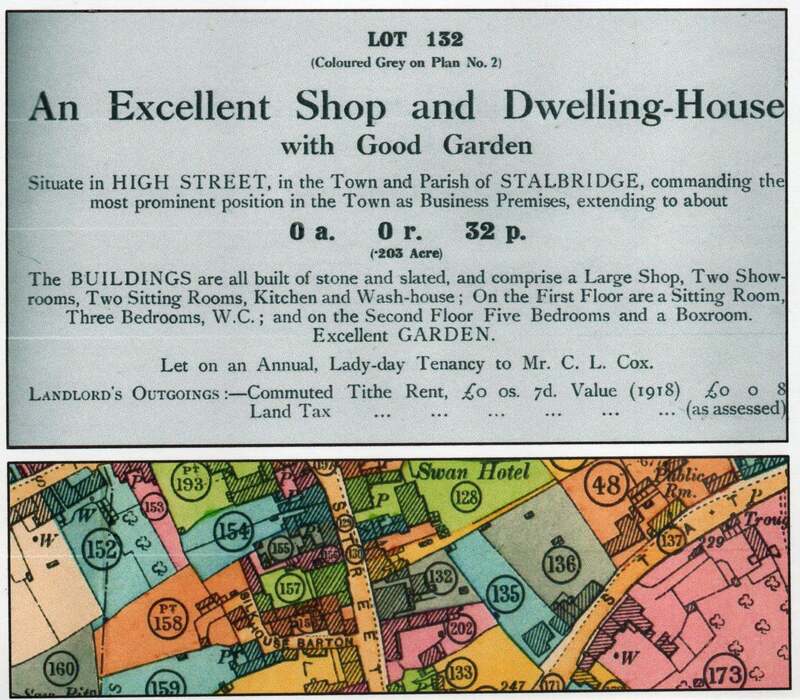 Chris Hughes
There was a sad end to the Felix Cox once-thriving drapery business. It is said that the last proprietor, Claude Cox, had a drink problem which got a whole lot worse after his son was killed in the war. With no one to succeed him, the business inevitably folded. The end was hastened by the fact that one of his main employees, a certain Mr Grace, married one of Cox's female assistants, they then broke away to form a rival business just down the street. Those of us with longer memories will remember that as Graces outfitters shop, situated on the corner opposite the post office.
​​​​​​Back to Digital Archive