Lot 123, Church Hill House, a seven bedroomed property, with stabling, asphalt tennis court and a garden extending to 1acre, was purchased by the sitting tenant, Doctor Henley Hamlyn Moyle for a sum of £820.00d. Doctor Moyle had recently taken over the Stalbridge medical practice from his predecessor, Doctor Theodore Francis Ensor.
Doctor Ensor had taken over the Stalbridge medical practice from Doctor Robert Goldolphin Long, born in 1838 at Sturminster Newton. Doctor Long is listed in the 1871 census as residing at Church Hill House along with his wife Georgiana (nee Peck), born in 1846 at Templecombe. Georgiana is listed as a school pupil aged 15, living at St Swithins, Bath, in 1861. They were married in 1867 at Templecombe and had one son James, born in 1868. Doctor Long passed away in 1891 at Weymouth and Georgiana in 1895.
Dr. Ensor, born in Bendigo, Victoria, Australia in 1856, had married his wife Florence in 1889 at Islington. They had two children, a son, William, born 1890 and a daughter, Florence, born in 1892. At the Stalbridge practice he employed a live in, assistant physician, nurse, cook and 2 housemaids. He also employed a local man, George Hatcher, as his Coachman.
Dr. Ensor passed away in 1928 at the age of 72 and his wife Florence in 1945 aged 80.
Henly Hamly Moyle was born in 1882 at Chacewater in Cornwall After leaving school he continued his education as a medical student and was living in Streatham, London in 1901.After completing his medical studies, Henly emigrated to Wellington, New Zealand, returning to the UK and registering as a physician in 1907. He is listed in the 1911 census as a General Practioner living at Henstridge House, Henstridge. In 1912, he married Alice Darnell at Camberley, Surrey.
During the 1st World War, he served with the Royal Army Medical Corps as a Lieutenant, stationed at Salonika in 1917 and is awarded Victory and War medals. During this time his wife is residing at Church Hill House. He returned to Stalbridge and set up a medical practice. He was one of the first Stalbridge residents to own a motor car, to use for patient visits. A pharmacy was located at the rear of the consulting room for the mixing and dispensing of medicines for his patients, until the arrival of a chemists shop in the High Street in the late 1920s. Doctor Moyle continued to serve the residents of Stalbridge and surrounding area, until the start of the National Health Service in 1948, afterwards retaining only a few private patients.
Dr. Henly Moyle passed away in 1965 aged 83 and his wife, Alice, in 1972, at the age of 92.
Doctor Cummins took over as the General Practioner for Stalbridge and the surrounding area, with his surgery in the former coach house at the top end of Gold Street, following the launch of the National Health Service in 1948.. 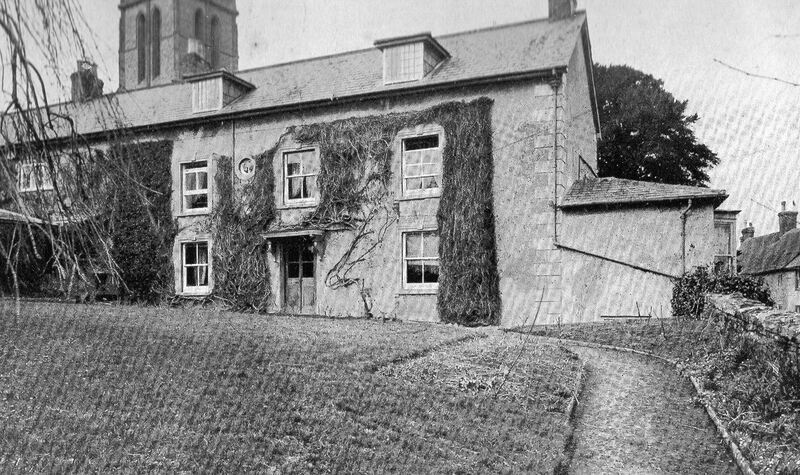 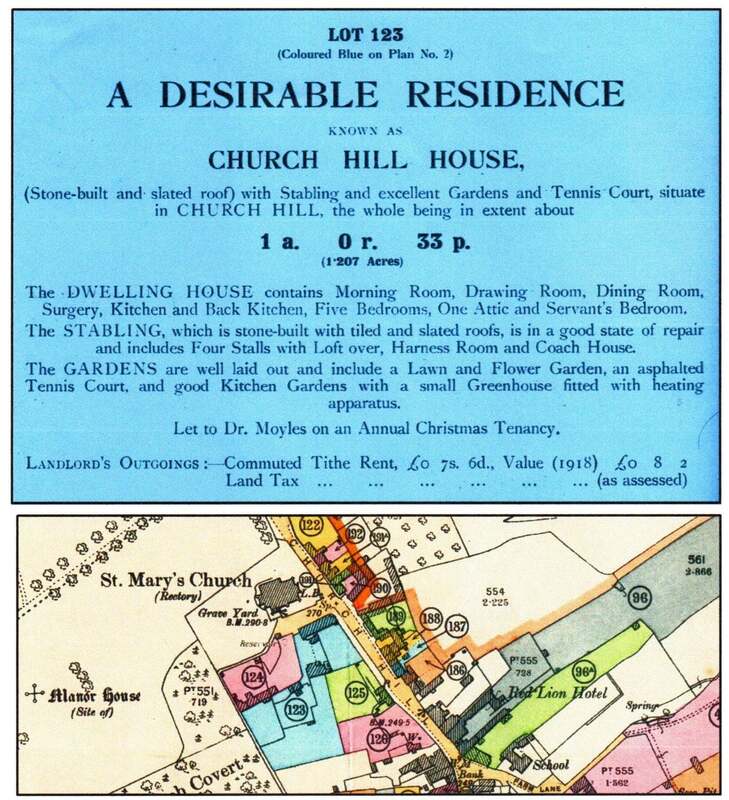