Can you believe it's only 71 days since this FB page was launched and we now have 328 members! My calculator tells me that it equates to 4 people a day!!!
At the last check, unsurprisingly, most of you live in this area, but surprisingly we have members from USA, Australia and even one from Madagascar.
In this very short time, we do hope you have all enjoyed reading and sharing all that appears here.
Here's a HAPPY 71 DAY CELEBRATION TO YOU ALL. Please do continue to check in and contribute. Without you, this would be a very dull page.
Here's a photo I need some help with. It's one shared by Barry Cuff and comes with a comment "Stalbridge Cong. Church hall behind Manse". Thoughts and suggestions, please.​ 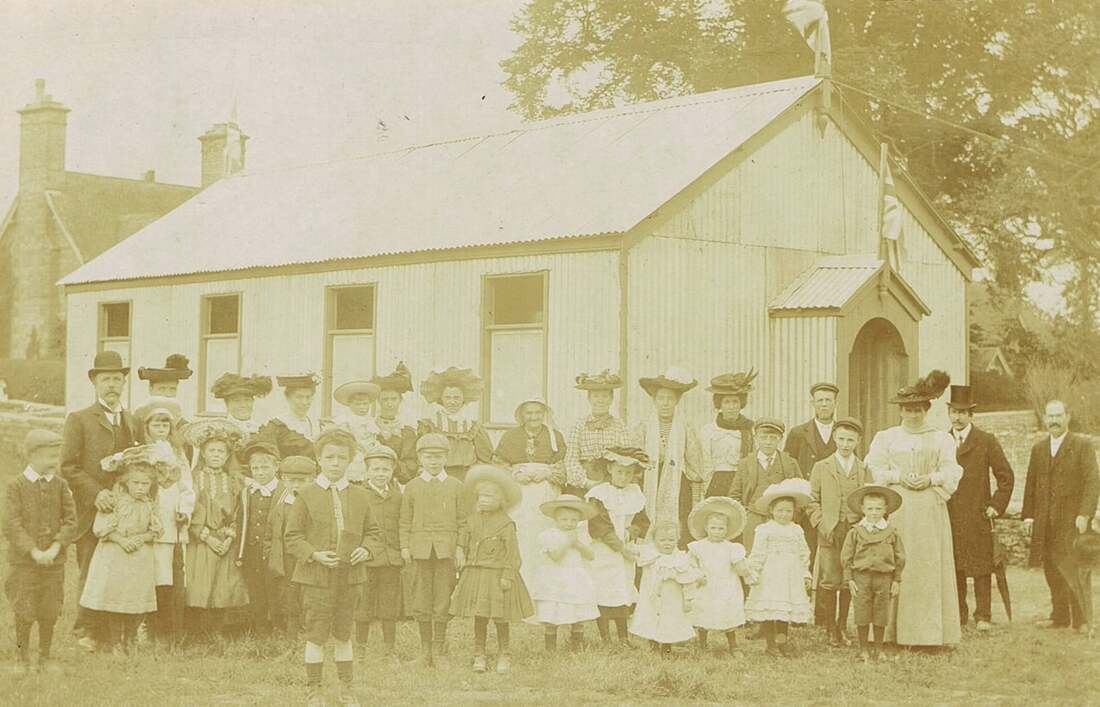 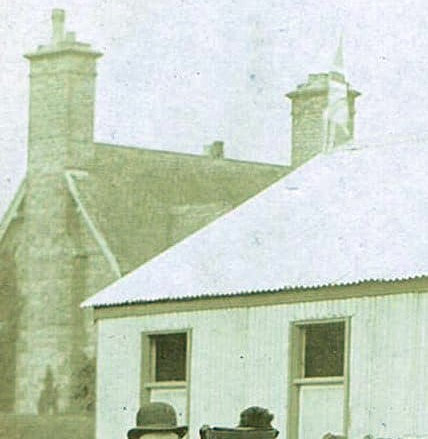 Ian Semple  Not sure if this might help, a closer look at the building at the top left, the chimney stacks are quite distinctive.
Jacqui Wragg  Speaking to Hilary Townsend earlier, she wondered if it might be Stalbridge Weston. Anybody got any thoughts on that suggestion?
Philip Knott   Jacqui Wragg, Gordon Stickland has a photograph. taken when the water main was being laid in 1936. with the chapel at Stalbridge Weston in the background. The chapel was of similar construction to the one in your photograph, timber framed, galvanise clad. It was located at the top end of the hamlet close to the junction of the lane to Manor Farm. I did have a digital copy but can't find it. From memory it was side on to the road. Gordon will probably be able to confirm if this photograph is of this chapel, as he lived on the opposite side of the road in the 1930s.
Chris Hughes  Philip Knott You're right Phillip, this is the house behind the chapel, with the distinctive chimney stack. Its the last house on the right at the top of the lane. We got there in the end !
Chris Hughes   Jacqui Wragg Approximate position of Stalbridge Weston Chapel.

​Jacqui Wragg
A stone wall and old gateway still exists.
Chris Hughes
Jacqui Wragg Well spotted Jacqui, If you look carefully in the old photo, you can see the stone wall running behind the chapel. 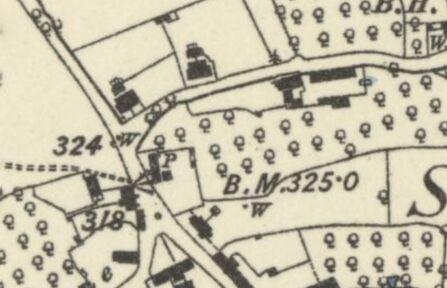 ​​Ian Semple
1887 OS Map
Harry Dike
Some of these Victorian tin chapels were flat packed so missionaries could order them for their flock in far off lands...so possibly New Zealand?

Diana Gibbs
From Dad (Gordon Stickland) definitely The Chapel at Stalbridge Weston there use to be railings in the field around the chapel. Local children use to play in the field and I’m told much mischief and pranks took place.

Dee Judd
There was a well around that patch too.
​
Jacqui Wragg
Hilary Townsend adds "The chapel at Stalbridge Weston had been built in the field that the Westminster Estate ceded to the Congregationalists at Stalbridge Weston for religious use only(nothing political of course because the Westminster's were Church of England and conservatives while the Congregationalists were free church and Liberal). In the agreement to erect the chapel it was to be returned to the estate if the chapel ceased to function and it did so in the 1950s. Stalbridge Weston had changed so much by then that the Congregational church in Stalbridge decided to give it up.
If as Gordon Stickland’s comment seems to make clear, the chapel in question was the Congregational mission chapel at Weston, then I think the group in the photograph must be 1890 or so. My grandfather was the prime mover in organising the funds to get the chapel put up and there was a picture of him above the altar. He died in 1907."