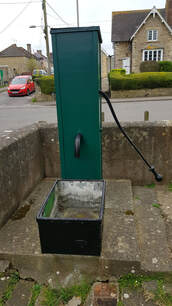 Pump on the Ring by the Ring Tree
​Stalbridge had many wells but was often short of water. From Westminster Buildings we used to go to the Old Pump on the Ring beside the Ring tree. When this was dry we would go with a yoke to the Town Pump in the Pumphouse opposite the Congregational Church. This Pump was fed with water from the well in the middle of Station Road opposite the Post Office. But it did sometimes run dry so that people would get up at five in the morning to make sure of what little water there was.
The Pump House was built 84 years ago and those who built it did not leave enough room for the pump handle. Part of the wall had to be pulled down and rebuilt. When Mr. Hobbs was clerk Of the Council he asked for the old Town Pump, now disused, to be put up on the Ring. We made a concrete base for it and lowered it on top with a crane. Of course it was only for decoration and interest, but the Policeman when it was first put up tried to pump water from it. Afterwards the handle was fixed.
When the Town Pump ran dry we would go to the pump down Station Hill where the horse troughs were. I remember how heavy it seemed carrying two buckets from this spring to an old lady in Westminster Buildings.
Another spring where the water was always fresh and cold was down Jarvis Lane. It was called Serrel's Spring. I remember a hot Saturday afternoon going down with a barrel on a hand truck. But on the way back we got stuck in a rut and the barrel rolled off the truck and the water spilled. We had to go back and fill again.
Another spring was called Sandle's or Sandhills Spring close to where Mr. Lionel Prideaux now lives. His father, Mr. G. Prideaux, was desperate for water for the milk factory. He had a well sunk in the factory but this was insufficient so he had 2 reservoirs made, one in Bulk field to which water was pumped up from Sandhills and one in Church Barton, fed from the spring in the Bier House opposite the Church. There the water was piped down to the factory.
Some houses had wells in them. There was a well in the kitchen of the Stalbridge Arms and another in what is now Cameron the butcher's shop. There was also a well in the Rectory and a spring in Rectory fields. In 1923 I had to go down the Rectory well which was awkwardly placed for using a ladder, so I was let down in a bucket from a pulley suspended between 2 trestles. We got about 2 tons of mud up from this well. About the same time an inspector took samples of the water from the spring in the field where the School is. Perhaps because of his report the County Council suddenly softened their opposition and in 1924 Mr. Richard Curtis and the Parish Council at last succeeded in getting a piped water supply. I have however heard it said that the well water tasted better. I wonder what has happened to all the old wells.
Are they filled up? And if not ought they to be regarded as a danger to us? Perhaps someone else can answer these questions.
Albert Webber. 1969 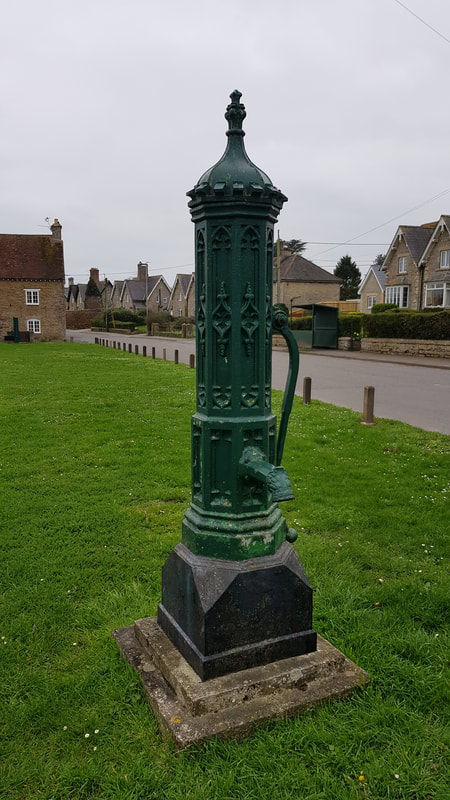 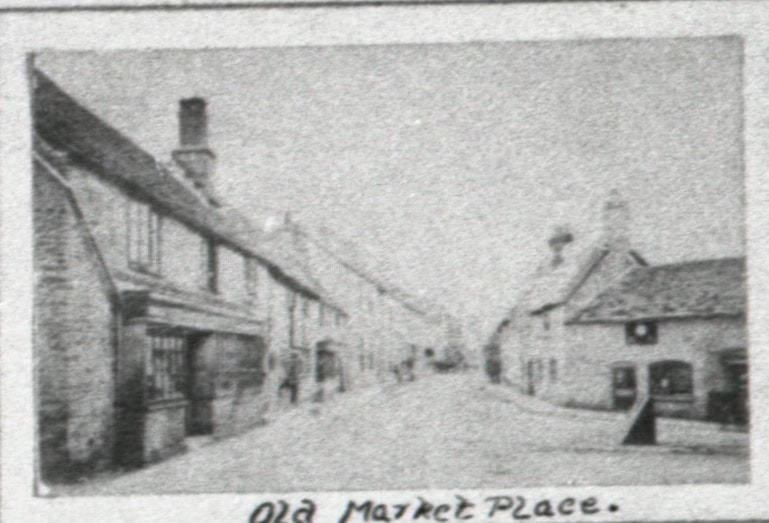 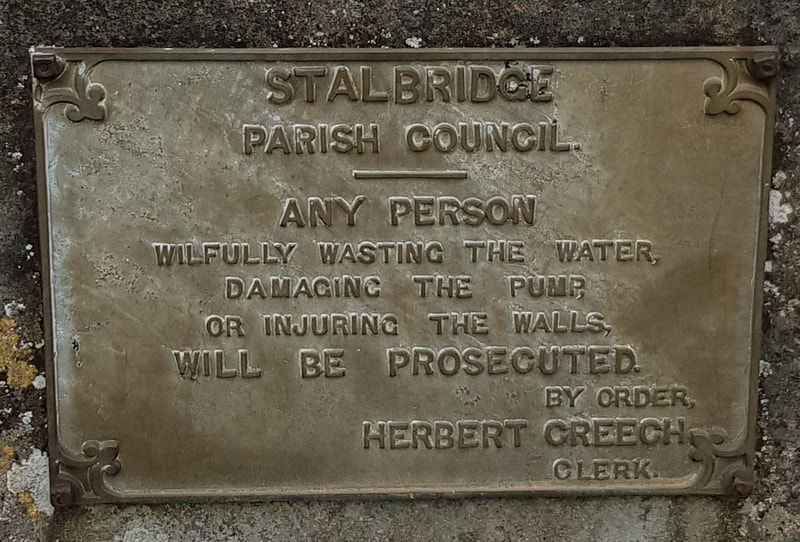 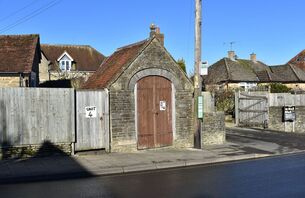 Station Road Pump House
Ian Semple
Albert Victor Webber was born 11 Feb 1883 in Stalbridge, he was a Mason/Bricklayer and live all his life in "Fernley" Ring Street. Albert died in March 1971.

Ian Semple
"The Pump House (in Station Rd) was built 84 years ago and those who built it did not leave enough room for the pump handle. Part of the wall had to be pulled down and rebuilt." I always thought that the pump house was the entrance to the old Chapel.

Lesley Wood
Ian Semple Yes we always thought so too. Irene Jones talked to us about the research she was doing on the pump house which lead her to believe that it was indeed originally the entrance to an old Chapel. We don’t think the wall was ever pulled down but when the pump was put in, part of the wall on the right hand side was modified to accommodate the handle - this is still visible.
The date on the front is 1885 on the back of the building it says ”Jubilee 1887”
​Back to The Ring