Personal details:
Baptised Howard James at St Mary's on 16th February 1889. He had an older brother Allan and two older sisters Dora and Eva. Eva married Charlie Bollen the father of Christine Lewis of Barrow Hill. Howard married Gertrude Elizabeth Holloway in the latter part of 1913. He enlisted in the Gillingham Squadron of the Yeomanry soon after mobilisation.
Military details:
The l/lst formed in Sherborne in August 1914 as part of 1 South Western Mounted Brigade and transferred to 2 Midland Mounted Brigade. The Brigade landed at Gallipoli in August 1915 and then withdrew back to Egypt in January 1916 to join the Western Front Force stationed there to protect the Suez Canal from the threat posed by a large Ottoman force.
In February 1916 a large force of Senussi tribesmen, backed by Turkish and German Officers and with machine gun and artillery support, was located at Agagia near Sidi el Barani, about 45 miles east of the Egyptian/Libyan border. The Western Front Force staged an attack, and during this battle the retreating Senussi were charged by the Dorset Yeomanry with drawn swords across open ground. Despite enemy machine gun and rifle fire the 196 Dorset Yeomen drove the Senussi into headlong flight.
It was later reported that “this achievement, one of the very few successful cavalry charges during the First World War, is all the more remarkable for having been carried out by a territorial unit of part-time soldiers from the towns and villages of Dorset”. It took a heavy toll and 32 men died, with 26 wounded, and 85 of the horses killed or wounded.
Sergeant Brown was killed when he dismounted from his horse to try to save a comrade. Also killed in the charge were two other Stalbridge men, Privates William Wiles and Claud Davidge. 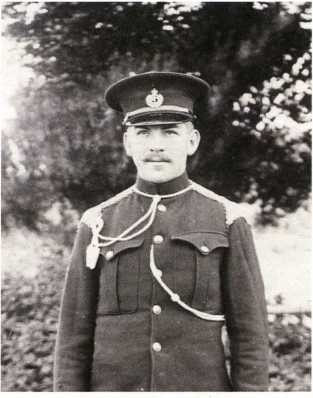 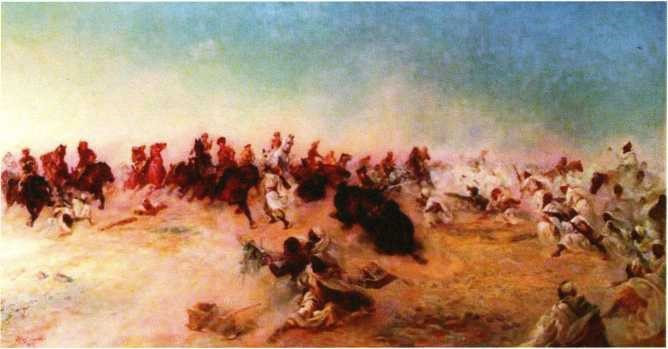