Personal details:
Frederick Bert Dean, always known as Bert, was an only child. His father was the chauffeur to Major Wynne-Jones of Thornhill House, and the family lived in a house near the entrance to Thornhill Park. Together with his best friend Reggie Allen, he joined the Home Guard and then the RAF Volunteer Reserve on 4th April 1942

Military details:
Bert Dean was the Flight Engineer on Lancaster Bomber Mark 1, Number LL-962. The aircraft took off from its base at RAF Kelstem, Lincolnshire at 21.20 hours on 28th July 1944 for a night raid on Stuttgart. It was part of a force of 494 Lancaster bombers and 2 Mosquitoes that carried out the final raid in a series of four attacks against Stuttgart, which had started on the 24th/25th July. German fighters intercepted the bomber stream over France on the outward flight; there was a bright moon and 39 Lancasters were shot down, including theirs which crashed near Schalbach (Moselle) 10 miles northeast of Sarrebourg. Three of the crew members were killed in the crash including the pilot (Flying Officer H. Tuck) and three more were taken as Prisoners of War. Bert Dean was also captured but he was severely wounded. He died of his wounds in hospital at Strasbourg on 12th August 1944. 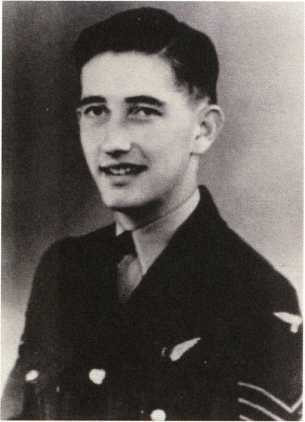 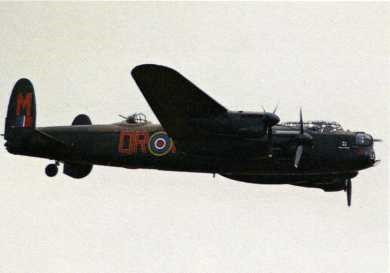 A Lancaster Bomber Mark 1
Back to Index