Personal details:
Born in 1896 and baptised on 1st March that year, Edwin had an older sister Kate and two younger brothers Walter and Claude. His father worked for the Rural District Council and his mother was a glovemaker. His brother Walter enlisted in the Dorsetshire Regiment when very young and tragically died of influenza in Londonderry on 16th October 1918. Edwin was a farm labourer before he enlisted at Sturminster Newton in the Dorsetshire Regiment. The date of his enlistment is not known.
Military details:
According to his medal card Edwin arrived in Gallipoli on 11th July 1915. This ties in with his then being in the 5th Battalion Dorsetshire Regiment, which landed on that date at Lemnos. How long he stayed there, and when he transferred to the Machine Gun Corps is not known.
106 Company MGC joined 106 Brigade, part of 35 (Bantam) Division, in April 1916, already concentrated on the Somme east of St Omer. The Division then remained on the Western Front for the remainder of the war. From July to September it was involved in the drawn-out Battles of Delville Wood and Pozieres, but it is not possible to determine exactly how 106 Company MGC were deployed during this period, nor how Edwin Lambert died. 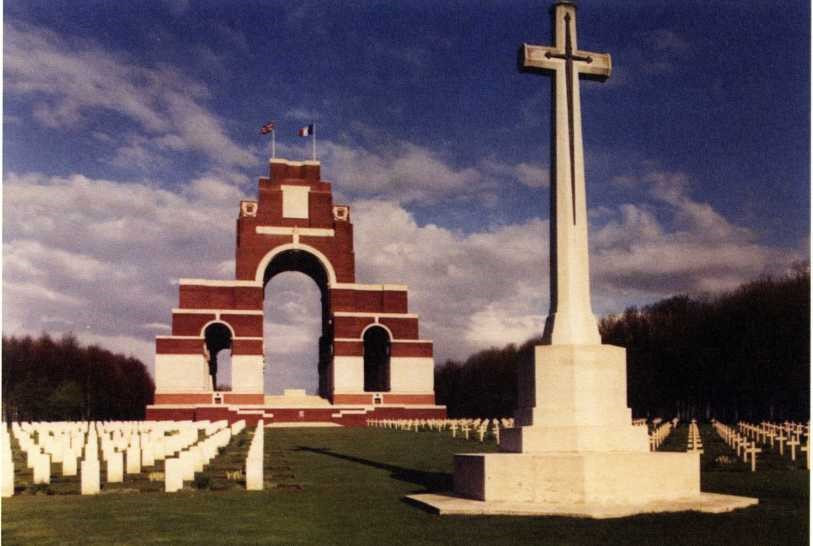 His name is on Pier and Face 5C & 12C, Thiepval Memorial
Back to Index