​STALBRIDGE AMATEUR DRAMATICS IN THE 1950s

There were two amateur dramatics groups in Stalbridge in the 1950s, these are my recollections of them, based on the involvement of my parents, Flora and John Hughes, who were members of both groups at different times.

The first, and largest, group to form were the "Stalbridge Players", nearly all local residents, who got together in about 1950/51. I remember their main productions were lavish pantomimes, performed in the Hut every Christmas-time. They were very popular among the locals in those pre-television days. Apart from my parents, I don't recall many names, but I do remember that Muriel Meader, and gents' hairdresser, Vic Ford were always leading performers.

In about 1953 a number of the players, including my parents, broke away to form a smaller group, grandly calling themselves "The Elizabethans”, after the age that was just dawning with the new Queen.

Being a smaller group, they decided to specialize in Agatha Christie-type 'whodunits', which also proved to be very popular among the locals.

I have vivid memories of helping my mother to learn her lines ... I would sit at our kitchen table with a copy of the script, reading all the other parts while she recited her lines, and continued with the cooking at the same time - nothing new about multi-tasking !

By his own admission, my father was no thespian, so was quite happy with small walk-on parts. However, he was heavily involved behind the scenes with the 'Elizabethans' group - he would do all the artwork for the advertising posters that went up in the neighbourhood, he would help construct and decorate the scenery panels, and paint any backcloth scenes as required.

All the scenery preparation work was done in the old Drill Hall in Station Road. I remember helping my father with this on cold winter evenings in the hall with no heating - it was always winter ! The scenery panels would be laid out on the floor and we would decorate them working on our hands and knees, wearing top coats to keep warm !

All the lighting and electrical work needed on the sets was designed and installed by local electrician, George Davidge. Again, time and materials were donated on a voluntary basis, all expenses being met by admission charges.

Sadly, due to various factors, such as key people leaving the area, changing tastes, television etc., both groups had disbanded by the early 1960s. 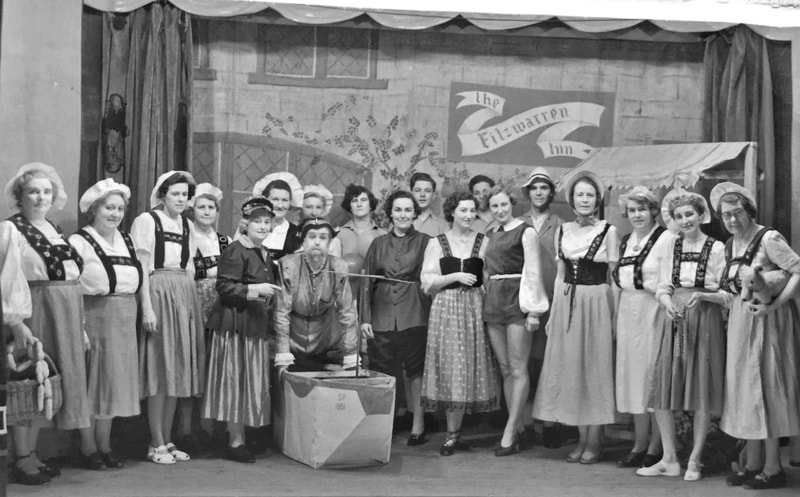 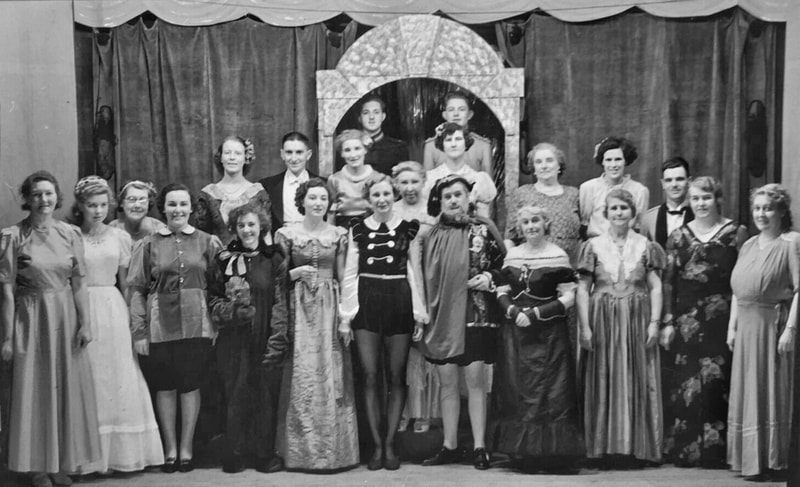 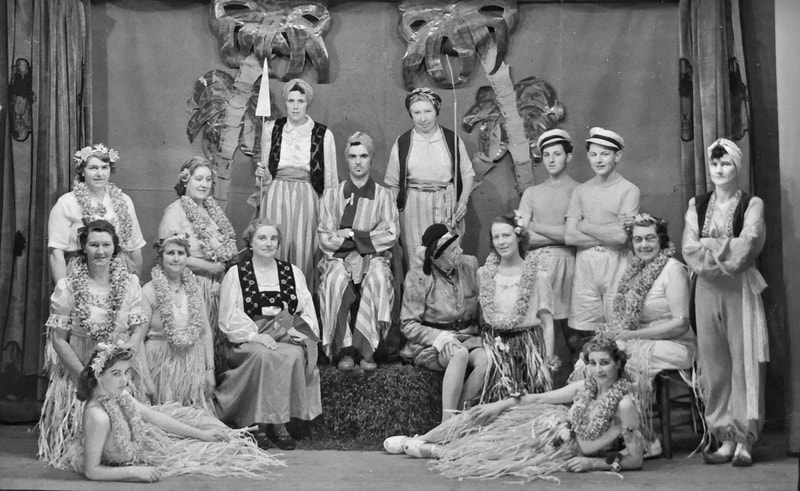 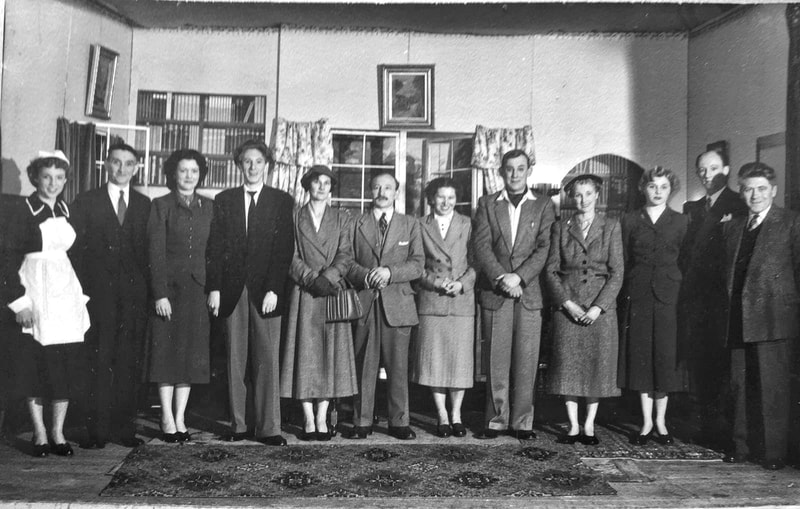 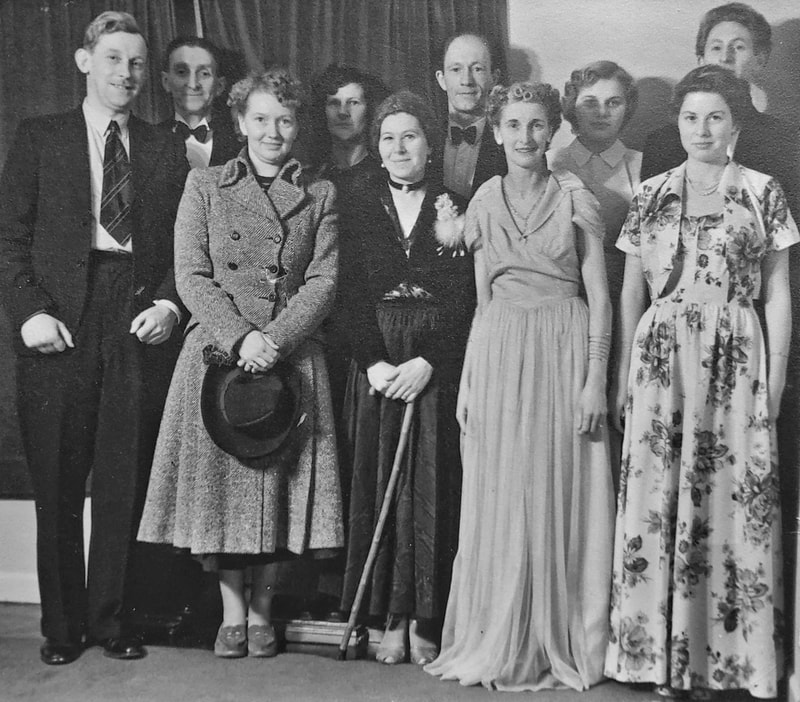 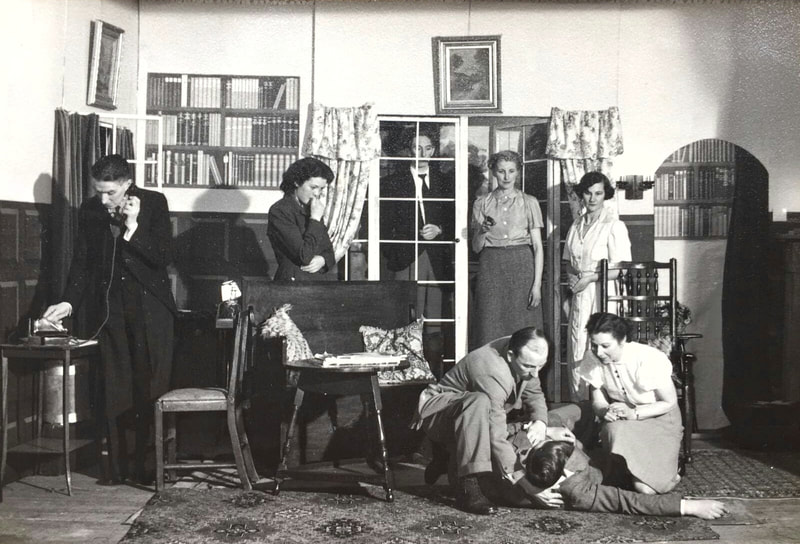 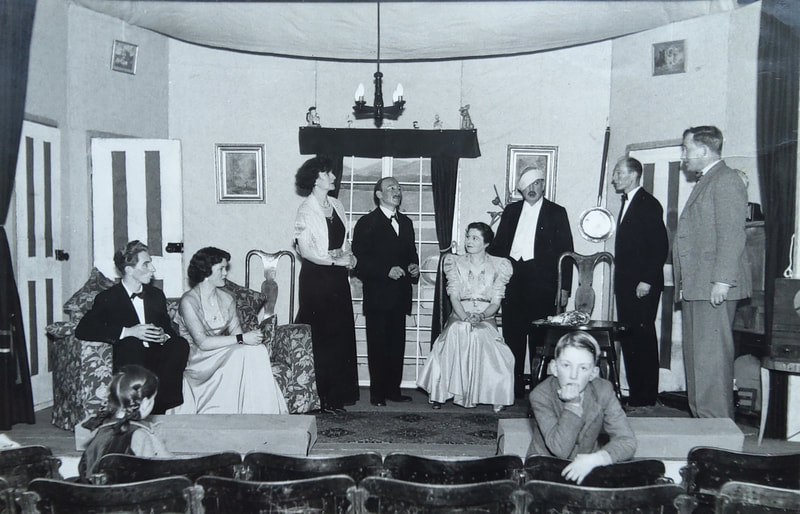 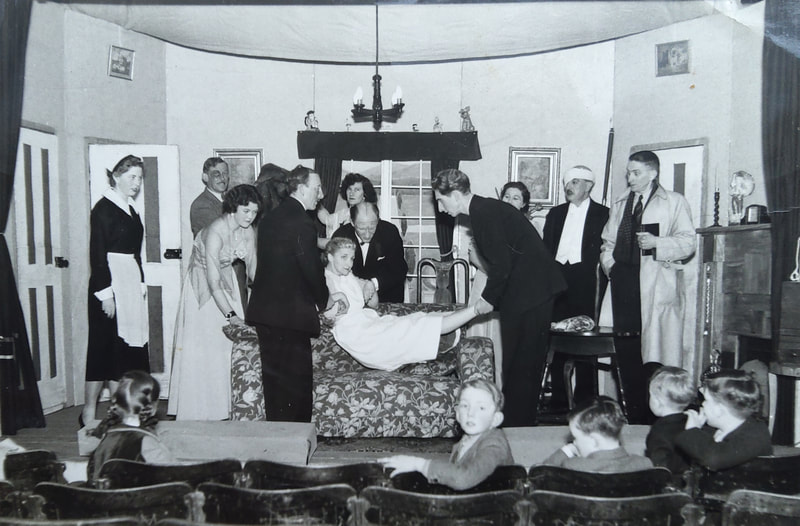