​Robert Avis - A VETERAN OF THE CRIMEA WAR

​When Robert Avis was born in 1830 in Henstridge, Somerset, his father, John, was 50 and his mother, Susannah, was 40. He married Caroline Beadle on 19 April 1858. They had six children in 10 years. He retired from the army in 1872 and moved back to Stalbridge. His wife Caroline died in September 1909 and he died in November 1909 having lived for 79 years, he was buried on the 24th November 1909 in St Marys Churchyard Stalbridge with full military honours.

“The County Chronicle Essex Herald 28 April 1908”
VETERAN’S GOLDEN WEDDING
Mr. Robert Avis served with No 8 Company of the 11th Battalion Royal Regiment Artillery, took part in the battles of Alma, Balaclava, and Inkerman, and assisted in opening up the trenches in order to lay siege to Sebastopol, celebrated his golden wedding on Sunday having been married at Shoeburyness on April 19,1858. Avis has three medals, one being for distinguished conduct in the field, the carrying of a barrel of powder to the besiegers while under heavy fire, at Sebastopol. On another occasion he almost had his hand severed by a Russian sword, but after temporarily binding the injured limb resumed his labours in the field.

“London Evening Standard 26 Nov 1909”
DORSET VETERAN OF THE CRIMEA.
Another of the now few remaining veterans of the Crimea has passed away in the person of Robert Avis, of Stalbridge, who was 79 years of age. He enlisted in the Horse Artillery on October 9, 1848, and fought six years later in the battles of Inkerman, the Alma, and Sevastopol, winning three medals, one of which was for distinguished service. He also served in the School of Gunnery under Sir William Armstrong, and was discharged at his own request on August 3, 1872, after completing his full term of service. He was buried with full military honours, a detachment of Horse Artillery from Christchurch attending the obsequies. 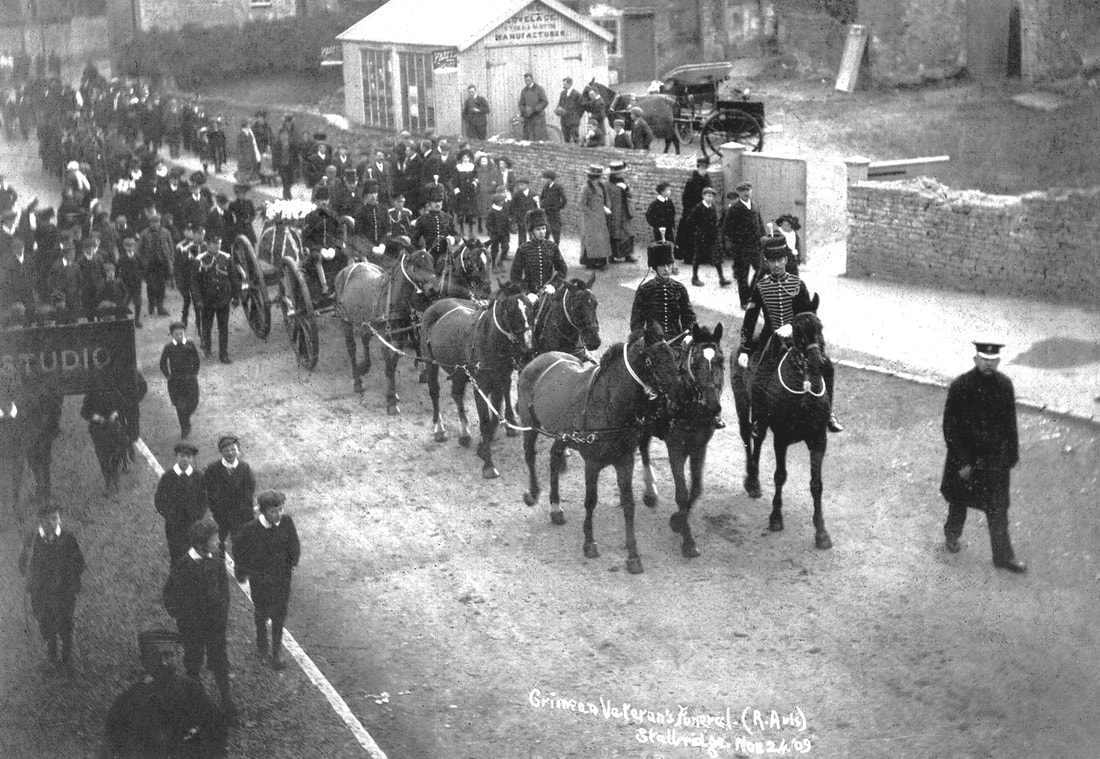